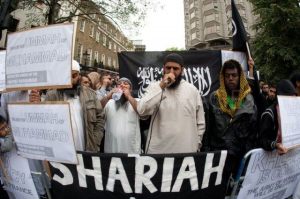 Regular readers of Balladeer’s Blog know that I’m an atheist but there is no denying that Islam – the religion founded by the blood-soaked child rapist named Muhammad – is the most homophobic, misogynistic and otherwise intolerant religion in the world right now.

People around the world know that Muslim immigrants have a greater tendency to engage in fascistic violence than Hindu immigrants, Buddhist immigrants, etc. It is always and only Muslim immigrants who demand that every place they migrate to MUST obey their commands to live in a way that does not offend their 7th Century mindset.

Here are just a few of the latest Muslim fascist attacks.

January 16th: Pallam, Nigeria – Boko Haram, one of the local affiliates of the Global Muslim Fascist Murder Machine, shot 3 innocent people to death in one of their drive-by attacks.

January 18th: Quetta, Pakistan – Superstitious Muslim fascists – as rabidly opposed to modern medicine as ever – shot 2 innocent people to death: a mother and daughter working to eradicate polio from the region. Ah, that religion of peace!

January 13th: El-Arish, Egypt – Islamofascists killed a man for being a Christian instead of a Muslim. Coexistence!

### Due to limited space I cannot cover ALL of those daily attacks by Muslim fanatics in which 1 or 2 or 3 or so deaths result.

FOR A LOOK AT ALLEGEDLY “UNWINNABLE” WARS CLICK HERE:   https://glitternight.com/2014/09/14/unwinnable-wars-muslim-savages-brag-about-beheading-another-non-combatant/