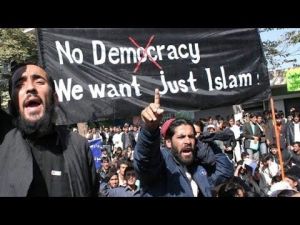 The Muslim Fascist attack in New York served as another reminder of what our unresponsive Political Caste continues inflicting on all of us. They’ll probably call for even MORE unvetted Muslim immigration after this.

Here at Balladeer’s Blog I devote a lot of space to those courageous Muslims who take on both the fanatics in their own faith AND the condescending white Westerners who think that ONLY Muslims who hate the Western World are “authentic.”

For the flip side of that here’s another look at JUST A FEW recent attacks by Muslim fascists empowered by Democrats in the U.S. and by Labour in the U.K. and by  “educators” (LMAO) everywhere.

October 28th: Mogadishu, Somalia – Another reminder that even in majority Muslim nations Muslim fascists will always go on killing other Muslims who don’t worship in the exact same way that the Muslim fascists want them to. A Muslim fascist suicide bomber killed TWENTY-NINE innocent people and injured over THIRTY more. 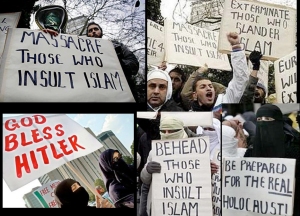 October 31st: New York City, New York – A Muslim fascist who is only in the U.S. through one of the programs President Trump seeks to end used a vehicle to kill EIGHT innocent people and injure over TWELVE more. Democrats vow they will STILL oppose President Trump on stopping this program. No surprise there.

(Whatever happened to Democrats pretending that if something “saves even ONE life it’s worth it”? Not when their fetish for ONLY violent Muslims is concerned.)

Due to limited space I cannot cover ALL of those DAILY attacks by Muslim fanatics in which 1 or 2 or 3 or so deaths result.

FOR A LOOK AT ALLEGEDLY “UNWINNABLE” WARS CLICK HERE:   https://glitternight.com/2014/09/14/unwinnable-wars-muslim-savages-brag-about-beheading-another-non-combatant/