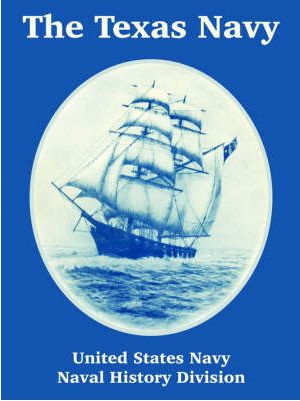 The Memorial Day Holiday is marked here at Balladeer’s Blog with items about neglected conflicts and neglected military units from American history. The latest unit to be examined is the Navy of the Republic of Texas. I’ll examine the period from the Texas Revolution against the tyrannical Mexican government up through the Texas Republic joining the U.S. as the State of Texas.

During the Fall Season of 1835 Texas rebelled against Mexico’s despotism and in March of 1836 officially declared their independence. On September 1st, 1835 two Texas ships – the San Felipe and Laura – clashed with the Mexican vessel Correo de Mejico. Maritime fallout from the incident severely limited Mexico’s efforts to prevent the rebellious Texans from importing arms and supplies for the conflict.

By November of 1835 the Texas government established an official navy to serve at sea and along the Rio Grande. Commodore Charles E Hawkins was in command. During the Texas Revolution their navy prevented the Mexican Navy from establishing a blockade of the new Republic’s coast and its port cities. Those naval forces simultaneously raided Mexican merchant ships, plundering supplies for the Texan land forces.

The Texas Navy was especially crucial in preventing supplies and reinforcements at Matamoros from reaching Mexican forces occupying portions of Texas. Various naval historians credit the Texas Navy with being as important as Sam Houston in winning the war with Mexico.

Even when the Texas Revolution was over Mexico still refused to officially recognize Texan independence, often harassing Texas ships at sea. An undeclared Naval War was waged between Texas and Mexico like the similar conflict between the U.S. and France decades earlier.

Eventually the Texas Navy was virtually out of ships due to weather, pirates and battles with Mexico and the Second Texas Navy was officially formed in 1839. Fighting between the Texan and Mexican Navies continued all the way up to Texas’ official union with the United States in 1846. The Texas Navy was absorbed into the U.S. Navy at that time.