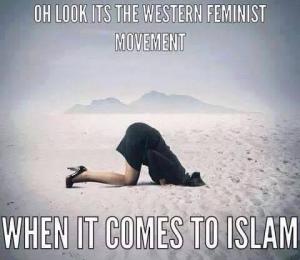 ** UPDATE ** It turns out the German cities of Berlin, Hamburg and others experienced the same outbreaks of sexual assaults by Muslim men on New Year’s Eve **

Remember THE ROTHERHAM REPORT in England? Well in Germany the Muslim rape spree continues, too. I waited several days before posting to make sure this was true. As usual with Islam it is. Security camera footage, police reports and overseas news outlets confirm it.

On New Year’s Eve roughly 1,000 Muslim males – police are unsure how many were from among the flood of new arrivals – assaulted and even raped nearly 100 German women who were among the celebrants in Cologne, Germany. At least 100 that is, given that many women are often reluctant to come forward especially now with the political obsession about protecting Islam at all costs. (* UPDATE – the number of women filing complaints wound up at over ONE THOUSAND *)

More reason for spitting in the faces of American Liberals who are too cowardly to acknowledge that at this particular point in history Islam is the most misogynistic, homophobic and otherwise intolerant religion in the world.

And no, you gutless hypocrites, women who serve as apologists for Islam are NOT “feminists.”