OBAMA: HE’S DUMBER THAN EVERYONE THOUGHT 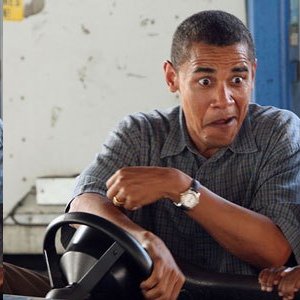 The worst president in American history.

Barack Obama’s stupidity and ineptitude are his hallmarks. Speaking in PARIS, which recently suffered from Muslim attacks by guns among other weapons, Little Barry reentered his little fantasy world and claimed that, unlike the U.S. other nations DO NOT SUFFER MASS SHOOTINGS! (Really, Barry? This soon after the Paris attacks?)

This combined two of Obama’s favorite delusions: that Muslim terrorism doesn’t count as violence and that America is the only place in the world where gun-related violence happens. Keep in mind this fool’s countless failures and deep-seated corruption led his party to a historically low number of elected offices in 2014, at the local and state level as well as federal. He’s far from the sharpest tool in the shed.

Just when the repulsive George W Bush seemed to set an impossible to beat standard for stupidity and ineptitude Barack Obama proclaimed “Yes I CAN do an even worse job than Bush!” By the way, just check out youtube for hilarious collections of Little Barry’s many, many imbecilic remarks.

6 responses to “OBAMA: HE’S DUMBER THAN EVERYONE THOUGHT”