Regular readers of Balladeer’s Blog are familiar with my tendency to examine neglected pantheons of deities, as in Vietnamese, Bunyoro, Inuit, Tupari, Navajo and other Native American tribes.

When I covered popular pantheons I avoided the major gods to prevent rehashing the same myths many people were already familiar with. That enabled me to spread some love to the less appreciated deities in those pantheons. Here’s a convenient guide to those items: 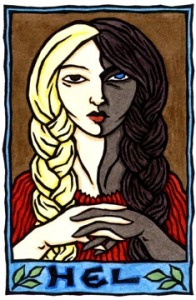 Sampling of the Deities I Covered Instead: Skadi the mountain goddess, Ull the hunting god, Forseti, the god of the laws, Aegir the sea god and Hodur the god of darkness.

Top Deity on List: Hel, Loki’s daughter and the goddess who ruled over the land of the dead, inflicting misery on anyone too wimpy to die in battle.

Comment: I first did this list in 2011 and since then the popularity of the Thor movies and of tv shows like The Vikings and The Almighty Johnsons have sent interest in Norse mythology through the roof. 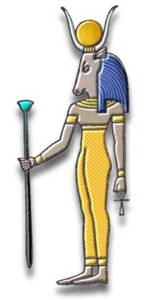 Sampling of the Deities I Covered Instead: Maat, the goddess of truth, morality and justice, Hap the god of the Nile River, the lotus god Nefertem, Sebek the crocodile god and Khnemu the god who crafted human bodies in the womb.

Top Deity on List: Hathor, the cow-headed goddess of pregnancy and birth.

Comment: I wanted to look at Egyptian myths without having to cover the well-trod ground involving the whole Set vs Osiris and Isis’ eventual revenge through Horus storyline. 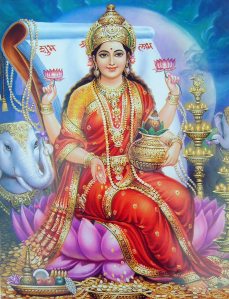 The Usual Suspects: The Trimurti of Brahma the Creator, Vishnu the Preserver and Shiva the Destroyer

Top Deity on List: Lakshmi, the goddess of love, beauty and fertility.

Comment: It was a lot of fun to step outside of the usual (and overdone) look at the various incarnations of Vishnu.