Welcome back to Balladeer’s Blog, the only site on the internet that criticizes both Liberals and Conservatives equally. As promised, here is Part 3 of Bush Madness, featuring the theories conspiracy kooks have come up with about the former First Family, including tales of Barbara, Jeb and Prescott Bush.

No, I never supported George W Bush but there’s no denying that some of the conspiracy kook theories about him and his family are absurd. 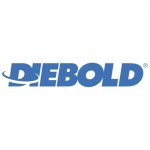 DIABOLICAL DIEBOLD – There’s no point in rehashing the contention that the presidential election of the year 2000 was supposedly “stolen”. Less well-known is the claim that the 2004 election was rigged by the BFEE through their alleged ties to Diebold, the company responsible for manufacturing many of the electronic voting machines used around the country. Conspiracy kooks claim that those machines were programmed to reflect results favorable to George W Bush and ensure his reelection. They dismiss as nonsense any notion that voters simply preferred W and Laura over John Kerry and his “o- peee-nee-o-nated” wife Teresa.

ONE THEORY SHOT DOWN – To the dismay of the hardcore anti-Bush crowd, one of the most-repeated on-line conspiracy theories of 2008 and very early 2009 has been proven indisputably false. Right up until the Obama inauguration these Bush Conspiracy fanatics were claiming that the nefarious W would declare a national emergency because of the War on Terror and refuse to step down. The more “reasonable” conspiracy-mongers knew that wouldn’t happen, simply because in their demented worldview all U.S. Presidents are part of the One World Government cabal anyway, so the identity of the occupant of the Oval Office is completely irrelevant to them.

GERONIMOOOO! – Bush family patriarch Prescott Bush isn’t ignored by the lonely locos of the Information Superhighway.  They make claims that Prescott made a fortune investing in the rise of the Nazis and that he was part of the (real) Business Plot to overthrow President Franklin D Roosevelt in the summer of 1933. Those theories pale before the craziest conspiracy story pushed about this father and grandfather of two U.S. Presidents, however. Prescott Bush supposedly stole the literal skull and a few bones of the late Apache leader Geronimo and covertly sent them to his buddies at Yale’s Skull and Bones Society, one of the favorite targets of conspiracy-minded loons. Believe it or not there was an actual CNN story about this outrageous notion in 2006 and it can still be found around the web. If only a youthful Indiana Jones had been there to foil Prescott’s dastardly deed!

HOOK ‘EM LUCIFER! – It may not surprise many people to learn that internet conspiracy kooks aren’t well-versed in sports lore. The most glaring example of this deficiency (no doubt one of many) in their knowledge base came when an entire internet meme developed around photos of George W Bush giving the “Hook ‘Em Horns” gesture with one hand. Level-headed people recognized this famed symbol of support for the University of Texas Longhorns sports teams, but Web Weirdos developed an entire body of literature around their ridiculous notion that this hand gesture was really a secret Satanic salute to W’s true lord and master.

ALL IN THE FAMILY – A demonic Sieg Heil was not the only alleged evidence of the BFEE’s ties to Satanic Cults in the eyes of Bushophobes. We’re told that when W and Jeb Bush were governors of Texas and Florida, respectively, they pardoned mass murderers who were part of the same Satanic cult that they belonged to. This cult, like all preternaturally powerful and disciplined groups in the pages of conspiracy lore, supposedly included many world leaders and even, as an added bonus, serial killers David Berkowitz and Henry Lee Lucas, whom the film Henry: Portrait of a Serial Killer was based on.

FINALLY, THE VOICE OF REASON – I’ve saved the worst for last. The absolute wildest and most insanely far-fetched internet conspiracy story about the Bush family closes out this examination of paranoia and scapegoating. Various deluded fools have actually convinced themselves that Barbara Bush is really the daughter of Satanist/Mystic Aleister Crowley! Laugh all you like, but these whackos have already compiled a detailed backstory about this absurd idea. Their claim is that Barbara Bush’s mother, Pauline Pierce, when she was done picking a peck of pickled peppers (sorry) had a fling with Crowley in Paris in the autumn of 1924. When Pierce returned home she was supposedly pregnant with Aleister’s baby, Barbara, who in turn spawned her own evil brood of Jeb, Neil and George W. With the blood of Aleister Crowley and Prescott Bush’s scion flowing through their veins, is it any wonder, this theory goes, that the BFEE continues its run as the American Borgias?

All in all, its almost a disappointment that these inventive but deranged conspiracy kooks haven’t tried to tie the Bushes in with the disappearance of Jimmy Hoffa or with the space shuttle Challenger disaster. But I suppose it’s really just a matter of time. Give them a few more years and conspiracy buffs may have provided enough material for a sequel to this article.