NCCAA NATIONAL CHAMPIONSHIP – The Victory Bowl is the signature gridiron event each year in the NCCAA (National Christian College Athletic Association) with the winner being the national champion of the association. This year’s matchup was between the GREENVILLE COLLEGE PANTHERS (helmet at left) and the NORTHWESTERN (MN) COLLEGE EAGLES and was an Instant Classic. In overtime the Panthers emerged with a 28-27 victory. A missed extra point by the Eagles spelled the difference. Congratulations to Greenville College!

UPSET IN GEORGETOWN – The NUMBER ONE TEAM in the nation, the undefeated GEORGETOWN (KY) TIGERS, suffered the upset of the First Round today at the hands of the BETHEL (TN) WILDCATS. Bethel defied all the odds and proved all the prognosticators wrong with a 45-44 victory over the Tigers in this undeniable Instant Classic.   ###   The SOUTHERN OREGON UNIVERSITY RAIDERS stormed into Davenport, IA to take on the ever-tough SAINT AMBROSE UNIVERSITY FIGHTING BEES and came away with an authoritative 45-28 upset win of their own.

BLOWOUTS – The ST XAVIER UNIVERSITY COUGARS (helmet at left), the defending champions of NAIA football,  breezed through their First Round matchup, mauling the WILLIAM PENN UNIVERSITY STATESMEN by a score of 31-0.   ###   The UNIVERSITY OF THE CUMBERLANDS PATRIOTS kicked around the MIDAMERICA NAZARENE UNIVERSITY PIONEERS to the tune of 42-24.   ###   … And the MISSOURI VALLEY COLLEGE VIKINGS plundered and pillaged the OTTAWA (KS) BRAVES  56-21.

CLOSE GAMES – The MORNINGSIDE MUSTANGS (helmet at left) had more of a fight on their hands than they anticipated from the MONTANA TECH OREDIGGERS. Morningside emerged with a tight 40-35 victory that may serve as a wakeup call.   ###   The ST FRANCIS (IN) COUGARS held on to win a 22-17 Instant Classic against the BAKER WILDCATS.   ###   … And the MARIAN UNIVERSITY KNIGHTS brought an end to the 2012 season for the NORTHWESTERN (IA) RED RAIDERS by a score of 42-32.

MARATHON GAME OF THE DAY – This First Round matchup in D2 went to THREE OVERTIMES before a victor emerged. The MISSOURI WESTERN GRIFFONS (helmet at left) withstood an invasion from the UNIVERSITY OF MINNESOTA AT DULUTH BULLDOGS, who won two D2 championships in recent years. The final score was Griffons  57, Bulldogs  55. END_OF_DOCUMENT_TOKEN_TO_BE_REPLACED

NAIA FOOTBALL DOWN TO ITS FINAL FOUR TEAMS – The MARIAN UNIVERSITY KNIGHTS, who are the Top Ranked and Top Seeded team in the National Association of Intercollegiate Athletics, completely annihilated the 11th seeded ST FRANCIS (IL) FIGHTING SAINTS by a score of 49-7. The Fighting Saints pulled off the upset of the 6 seeds from Morningside last Saturday, but the Knights would have none of it. Marian played focused on both sides of the ball and made St Francis’ trip to Indiana a nightmare for them.

COUGARS CLAW THE PIONEERS – The SAINT XAVIER COUGARS, who were ranked at number one in the polls for the bulk of the 2011 season saw their one loss – to then- number 2 Marian in the next- to the last game of the regular season – drop them to a 5 seed in the playoffs. They rose above that bizarre snub and have taken care of business in the first 2 rounds, yesterday slapping around the 4th seeded MIDAMERICA NAZARENE UNIVERSITY PIONEERS by a score of 29- 14. Mike Feminis’ boys move on to the semi- finals and you can’t want to play this team with the roll they’re on.

NO, NOT THAT GEORGETOWN – The GEORGETOWN (KY) TIGERS clashed with their fellow NAIA football power the ST FRANCIS (IN) COUGARS in this quarterfinal matchup. Home standing Georgetown College came out on top 26- 14.

TWO MINUTE DRILL – With barely two minutes left in regulation, the CC FIGHTING SAINTS, the defending champions of NAIA football, wrested the lead from the AZUSA PACIFIC UNIVERSITY COUGARS and won by a score of 17- 14. Just like last year an eventful season for APU was cut short by the Hellions from Helena.

INSERT YOUR OWN DUDLEY DO- RIGHT JOKE HERE – If the CCCAA was the NFL yesterday would have been the NFC and AFC championship games. The MT SAN ANTONIO COLLEGE MOUNTIES, the defending champs of BOTH the SCFA and the CCCAA, won an Instant Classic over the visiting CERRITOS  COLLEGE FALCONS. The Mounties won 17-14, notch another SCFA title and go on to play in the CCCAA championship game on December 10th.

RAM ON RAM VIOLENCE – The END_OF_DOCUMENT_TOKEN_TO_BE_REPLACED 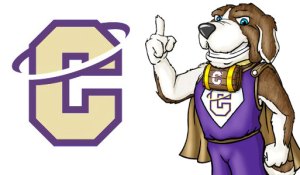 Yes, newbies to Balladeer’s Blog, the divisions of college football covered here settle their seasons on the field. Today the CC Fighting Saints, the defending champions of NAIA football, welcome the Azusa Pacific Cougars to Helena, MT for quarter- final action. Will CC once again derail the Cougars’ post season run or will APU rise up and dethrone the champs? Watch and see.

Meanwhile the NAIA’s Top Seeded Marian University Knights will host the University of St Francis (IL) Fighting Saints and the St Xavier University Cougars, who spent most of the 2011 season ranked at number 1 in the polls, travel to take on the MidAmerica Nazarene Pioneers.

In SCFA college football the Mt San Antonio College Mounties, the defending SCFA champs as well as the defending CCCAA champs, welcome the Cerritos Falcons for the SCFA crown. The winner will play for the CCCAA title against the winner of the NCFA championship game today between the Fresno City College Rams and the defending NCFA title holders, the San Francisco Rams.

All this plus 2nd round playoff action in NCAA Divisions 2 and 3. Here are links to updating scoreboards for the divisions covered by Balladeer’s Blog: