Tag Archives: Room at the Top

ADAM ANT: ROOM AT THE TOP 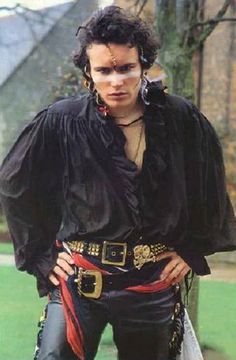 Adam Ant is STILL not dead! Hence another episode of Give Them A Shoutout Before They’re Dead!

Previously Balladeer’s Blog’s shoutouts to Stuart Leslie Goddard/ Adam Ant featured his hit songs Goody Two Shoes, Vive Le Rock, Gotta Be A Sin and Miss Thing as well as his cover of the Doors’ song Hello, I Love You.

Here’s Room At The Top, complete with the video in which Adam once again earned his reputation as “the only white man in the world who knows how to MOVE!”