THE FIVE BIGGEST CREEPS IN SPORTS

This past 365 days were loaded with reminders of just why so many figures in the sports world, individually or collectively, are considered absolute creeps. Without further ado let’s take a look at the five biggest creeps in sports in my opinion.

5. JOE PATERNO – I think it’s harsh when people use words like “doddering old fool” to describe Joe Paterno or to imply that he would lose a battle of wits to Grandpa Simpson so I won’t do that. However, I will point out that  Joe just seems to wander around the sidelines occassionally shouting at some red-haired guy whose only job may be to let Joe think he’s still in charge by listening to his rants for all I know (I’m kidding!). Joe should leave and let his assistants, who, by many accounts, are the ones END_OF_DOCUMENT_TOKEN_TO_BE_REPLACED 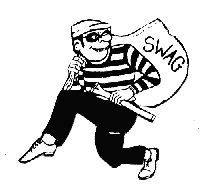 Like most college football fans I was very surprised when I heard that  the dignified and professional Randy Shannon was fired as the Miami Hurricanes head football coach. Shannon was a breath of fresh air in the usual sewer of “The U”‘s football program. Last year’s 9-win season was conveniently forgotten after Coach Shannon finished this regular season with a 7-5 record and he was given the boot by an institution that has proven time and time again that it puts “The Eeewww” in Division 1 football. Shannon will not even get to coach his players in their upcoming bowl game.