FRONTIERADO: HORSE SOLDIER BOURBON IS THE NEW OFFICIAL BOURBON OF THE HOLIDAY

The Frontierado Holiday is coming up on August 2nd and as the International Commissioner of that 3-day weekend it’s my privilege to announce the NEW Official Bourbon of Frontierado.

Horse Soldier Bourbon bears that distinction. Personally I go with barrel strength but anyone selecting Horse Soldier for their own Frontierado celebrations is, of course, free to choose their own preferred strength. END_OF_DOCUMENT_TOKEN_TO_BE_REPLACED

THE FRONTIERADO HOLIDAY IS FRIDAY AUGUST FIRST! We’ve all got our painted rocks on various bits of furniture around the house, we’ve all got our potted cacti with the toy gun-belts slung over them and for those old enough to drink there are Cactus Jacks and Deuces Wilds to be slammed down. In some homes families and friends will be gathering around to watch the official Frontierado Western, Silverado.

In the buildup to this major holiday I periodically reviewed my favorite weird westerns so to give us all a few more chuckles here’s one more, presented by the legendary Casey James, Balladeer’s Blog’s Official Movie Hostess.

JESSE JAMES’ KID (1966) – In my review of The Price of Power earlier this Frontierado season I mentioned how fond I am of those Spaghetti Westerns that distort the facts of the American west more outrageously than even our own home- grown westerns do. Jesse James’ Kid makes The Price of Power look like the writings of Herodotus.

In this deranged western which used to populate the 3am to 5am movie slot on television stations across the country we get the old-school bad movie fun of dubbing that never comes close to matching the movements of the performers’ lips. And that’s just the start. This film tells us that Billy the Kid was Jesse James’ son … yes, Jesse James’ son. And not only that but young Billy witnesses his “father’s” fatal shooting, which in this movie is not done by Robert Ford, but by Bat Freaking Masterson!!! END_OF_DOCUMENT_TOKEN_TO_BE_REPLACED 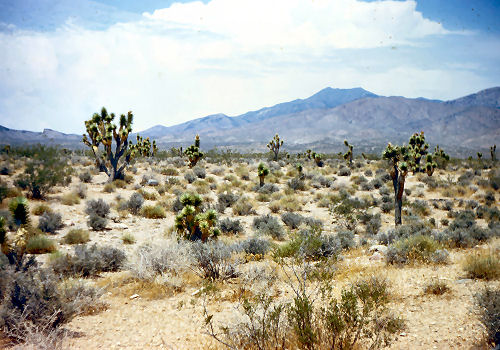 THE SHOCKING ORIGIN OF FRONTIERADO!

With Frontierado rapidly approaching this August 3rd you’re running out of shopping days!

What is Frontierado?  Frontierado is a holiday my family and I celebrate  each year. It’s a holiday I simply made up to fill the down time between The 4th of July and Labor Day. Frontierado celebrates the romantic myth of the Old West, as opposed to the gritty reality.

What does Frontierado mean? I named the Holiday this because I think it sounds cool and the “frontier” part of the name captures the old west feel I’m going for.

How do you pronounce Frontierado?  I pronounce it frawn-teer-AW-do and since I invented the Holiday I can pronounce it however I like.

When is Frontierado?  Frontierado is the First Friday of August every year. Isn’t it a nice change of pace to have a three-day weekend that doesn’t have the holiday on a Monday?

How is Frontierado celebrated? Frontierado is celebrated with a get-together with family and friends involving a meal (cooked outdoors or indoors, whatever you prefer) , Sagas, Frontierado Poker, Cactus Jacks and a viewing of the official Frontierado western, Silverado.

What are “Sagas” in the context of Frontierado? Christmas has Christmas Carol singing, Frontierado has Sagas. Sagas are fictional biographies of a Western character I invent for somebody after I familiarize myself with their personality and favorite subjects. You could do one yourself of course, or if you like I could END_OF_DOCUMENT_TOKEN_TO_BE_REPLACED