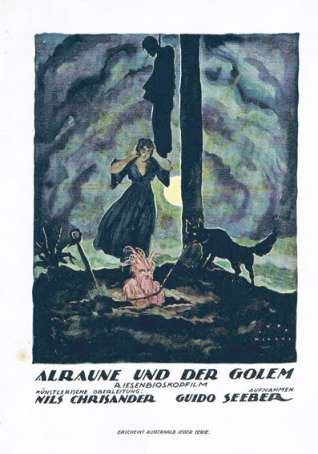 Halloween Month begins! In addition to covering all of my usual topics I spend each October sprinkling in neglected horror movies, stories and novels.

Isabella of Egypt is a very obscure 1812 Gothic Horror novella by Ludwig Achim Von Arnim. Under the more evocative title Alraune and the Golem it was to be filmed as a silent movie in 1919 but unfortunately it was never completed or is one of the countless silent films that have not survived to the present day (sources vary).

The story is set in the 16th Century and features the real-life Holy Roman Emperor Charles V, but in his teen years, right before he assumed the throne first of Spain and later of the H.R. Empire. The novella is not a horror classic per se, but is very eerie and features an odd variety of horrific supernatural figures in Monster Rally fashion.  END_OF_DOCUMENT_TOKEN_TO_BE_REPLACED