ALPHA ALPHA (1972) – This time around in Balladeer’s Blog’s Forgotten Television category comes this German sci-fi series which ran for 13 episodes from May 17th to August 2nd of 1972. Every episode of Alpha Alpha was written and directed by Wolfgang F. Henschel and ran for 25 minutes, meaning it would nicely fit a half hour time slot with commercials.

This television series was a German variation of other country’s programs like Quatermass, The X-Files and so many others both before and since.

Karl Michael Vogler, who played Rommel in the film Patton, starred as Alpha, the top operative in a never named and top-secret organization dedicated to investigating unusual phenomena, extraterrestrial entities and the like. There were even conspiratorial hints at an existing one world government behind the scenes. 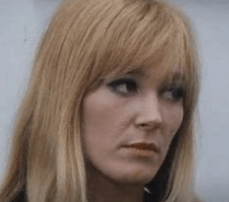 Lilith Ungerer costarred as the operative codenamed Beta, Arthur Brauss played Gamma, Horst Sachtleben was Dr. Simak and Gisela Hoetter provided the female voice of the outfit’s computer. Along with Karl Michael Vogler, these five were the only actors to appear in all 13 episodes. Heinz Engelmann showed up twice as the Chief.

For a time, Alpha Alpha was considered lost, but fortunately all 13 episodes resurfaced. The series was also aired in Canada, translated into English, but was not released in the United States. 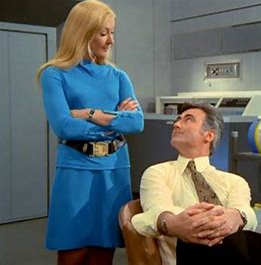 THOUGHTS ARE FREE (May 10th, 1972) – Though produced as the 2nd episode of the series, this was the first one aired.

THE ORGANIZATION (May 17th, 1972) – This was intended as the debut episode and is listed as Episode One in syndication and video releases.