The Bruins were threatening an Upset and led the game 35-26 by Halftime. After the break the Chargers outscored Carolina University 42-31 for a thrilling 68-66 comeback win. Jordan Shewbridge put up 21 points to lead LBC in scoring. 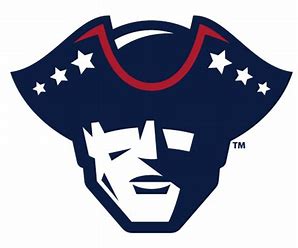 The Patriots were spectacular on offense, leading the Trojans 50-30 at the Half. Baptist Bible College never looked back, ultimately spanking the Trojans by a final score of 90-63. Seventeen points from Nick Coble led the Patriots, while his teammate D’Shawn Coleman logged a Double-Double of 16 points and 11 rebounds. 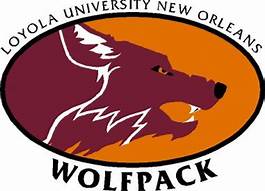 The defenses dominated throughout, with the Coyotes on top by a mere 27-24 at the midpoint. Points were almost as tough to come by in the 2nd Half, with the Wolfpack roaring back for a 60-53 victory. Loyola U was led by Myles Burns with his Double-Double of 17 points and 13 rebounds.

Halftime found the Firestorm leading their opponents 41-38. From there Arizona Christian University managed more and more separation from the Warriors, winning the game 90-79. Angelo Johnson tossed in 22 points to lead the Firestorm, with his ACU colleague Robby Wilson registering a Double-Double of 11 points and 12 rebounds.

FINAL FOUR: THIRD BERTH – The THOMAS MORE UNIVERSITY SAINTS faced the OKLAHOMA WESLEYAN UNIVERSITY EAGLES for the next berth in the Final Four.

Suffocating defense was the name of this game. At the Half the Eagles led the Saints by just 29-27 but after the break Thomas More U went on to a 59-56 triumph. Ryan Batte’s Double-Double of 23 points and 11 rebounds led the Saints.

The Tornadoes were out in front of the Bulldogs 45-34 at the midpoint. In the 2nd Half Concordia U bit into the Talladega College lead by 3 points but the Tornadoes won out 77-69. Kamron Price led the victors with 20 points while his teammate Cam Potts got an unusual Double-Double of 15 points and 11 assists.