For this weekend here are nineteen Martin Luther King People of Courage in this seasonal favorite. Their bravery and fortitude in the face of all the racist hostility and threats they get from Democrats is very inspiring. 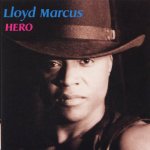 LLOYD MARCUS – Balladeer’s Blog has previously showcased items by the courageous Lloyd Marcus. Here he is absolutely nailing it when it comes to the rot and sickness which have driven so many of us away from the Democrats. The link is below, but first some excerpts:

“As an American who happens to be black, it baffled me for years why black democrats seemed content with cities they control like Chicago, Baltimore and Detroit becoming hellholes of black poverty and black on black crime. Then, it dawned on me. Democrat blacks are not black. They are first and foremost liberals who seek power via government control and dependency.” ” … political snobs and fake news media still do not get it. The political establishment, Obama’s army of domestic terrorists and fake news media will continue using their standard tried and true tactics to destroy Trump.” FOR THE ENTIRE PIECE CLICK HERE

BOBBY HESLEY – Another of Balladeer’s Blog’s Martin Luther King People of Courage who fit that description. A link to Hesley’s latest piece is below but first some excerpts:

“As an African-American, I cannot remember a better time in history to live in the United States; and thanks to the policies of President Trump, many other Blacks are starting to feel the same way.  The 60-year gig is up for the power-hungry Democratic Party that has been running a massive scam on Black people …” For the entire piece on Democrats: the party of race-baiting and division click HERE

KEVIN JACKSON – Here is yet another Martin Luther King Person of Courage who is courageous enough to push back against racist Democrats who think they own black people and can order them how to think and feel about every issue under the sun. Kevin runs The Black Sphere and often expresses his support for President Trump, which means that Democrats frequently subject him to their usual hatred and racism. Democrats still try pushing their old lie that ONLY African-Americans who mindlessly agree with Democrats like Nancy Pelosi and Chuck Schumer are “authentic.”

Brave pioneers like Jackson are making history by defying Democrat attempts to deny the personhood, erase the very humanity, of anyone and everyone who is not a robotic adherent to Democrat dogma. Surely you’ve noticed the same bigoted and callous way that Democrats insult women who don’t obey their political party. Or gay people who dare to think for themselves and refuse to conform to what Democrats feel should be a gay person’s political affiliation. 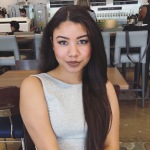 MEGAN HARRIS – Megan Harris is incredibly heroic and her struggles have inspired countless others. In addition I frequently feature similar testimonials from people who have come to feel the same way she has.

Here is this brave, empowered and pioneering Woman of Color Megan Harris with her video detailing her journey from SJW back to rational, tolerant thought. TO WATCH THAT VIDEO CLICK HERE

DAVID J HARRIS, JR – We have another Martin Luther King Person of Courage: David J Harris, Jr. Mr Harris is another voter of color heroically speaking out in defense of de facto Third Party President Trump and how he has helped the working class and poor of all colors.

David recently chronicled one of his encounters with privileged white Democrats who can’t deal with the fact that people of color don’t have to obey people like her. For the David J Harris, Jr YT Channel click HERE

CANDACE OWENS – Some of the most courageous champions of Doctor King’s dream of a society in which people are judged by their character rather than their skin color are PEOPLE OF COLOR WHO DARE TO DEFY THE  DEMOCRATS. Here is a look at one of those heroic women:

Candace Owens has been infuriating DemoKKKrats who love to treat black people like they aren’t “authentic” if they support President Trump, who is doing more for the working class of all colors than Democrats and Republicans have done in decades.

COLION NOIR – Colion Noir scares the living crap out of Democrats by being – GASP – a black man who likes firearms! Imagine that! A man of color exercising his 2nd amendment rights. As Democrats would say “Before you know it they’ll be thinking they can decide for themselves which political candidates to vote for!”

And remember, I’ve never owned a gun in my life, but I don’t feel the need to stop other people from remaining armed. And let’s face it, with the deranged and fascistic behavior of Democrats toward anyone who disagrees with them (See the latest news stories about Democrat fascism and violence) I don’t blame them for wanting to keep their guns. For Colion Noir’s personal channel click HERE

DR ALVEDA KING – Martin Luther King’s niece, Dr Alveda King, has the Democrats’ number when it comes to their constant fear-mongering. King said Democrats “have to stir up fear, tears, [and] terror” by “saying that President Trump is a racist” because “they don’t have any substantial platform issues.”

“African-American men really turned out for [Donald Trump]. That’s because they were listening, and still are, when he says, ‘We’re going to bring the jobs back. We’re going to get people out of jail.”

KHALIQ RODRIQUEZ – Another Martin Luther King Person of Courage, he is still LIVING history this month. Like so many other People of Courage I’ve covered here at Balladeer’s Blog Mr Rodriquez has decided to #WALKAWAY from the fascistic Democrats and praise President Trump’s many accomplishments for the poor and the working class of ALL colors.

Urban Intellectuals Matter, as the saying goes, and Khaliq is always in the foreground, courageously pushing back against Democrats who think they own people of color. FOR KHALIQ RODRIQUEZ AT TWITTER CLICK HERE

JACK BREWER – One of the bravest voices among these Martin Luther King People of Courage is former NFL player Jack Brewer. Brewer credits President Donald Trump with the way :

“billions of dollars are going into black communities right now because of opportunity zones with Ben Carson and President Trump. Not just that, but you look at over 3.5 million African Americans are off food stamps and now working. […] That’s where we need to get to as the black community and I could go on and on with these policies.”

CARL JACKSON – Carl Jackson started out even more skeptical of Trump’s candidacy than I was back in 2015 but like him I’ve been more impressed with Donald almost daily.

CRYSTAL WRIGHT – If you’re looking for Ms Wright, she runs her own website and makes personal appearances around the country. Race-baiting Democrats always harass people like her who are brave enough to form their own political opinions despite the condescending disapproval of hate-filled American Liberals.

The vile abuse that Democrats throw at her for defying them will disgust you. 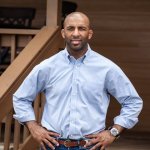 Anyway, here’s a shoutout to Harrison Floyd, an urban intellectual who has a wonderful talent for making privileged white Democrat fools froth at the mouth with hatred just by having a mind of his own.

LYNETTE HARDAWAY & ROCHELLE RICHARDSON – Also known as Diamond and Silk, these ladies have pointed out to their social media followers that President Trump “has done more for black people than any other president of our lifetime.”

Diamond and Silk even included a note possibly tweaking the robotic Democrat Winston Smiths who slant history to please “The Party” by adding “There are those that write history but President Trump is making history.”

ISAIAH WASHINGTON – Washington, famous from Grey’s Anatomy, has joined so many of us former Democrats in choosing to #WALKAWAY from that political party. Washington cited his disillusionment with the Democrats’ empty lip service to the African-American community, lip service which they abandon after election day.

“In April, Washington announced he was considering supporting Trump. He said he had voted for Obama twice, but didn’t see progress under Obama.” “The reason why I chose to walk away from the Democratic Party … something doesn’t feel right. I’m walking away I don’t know where I’m going, but I know where I come from.” “I have some questions, I’ve got more than questions. Now I have evidence, I have empirical evidence that something is wrong.”

DENEEN BORELLI – Another of the countless African-Americans proving that the old “Left vs Right,” “Democrat vs Republican” paradigm is more and more outdated the further we get into the 21st Century.

Borelli is part of Black Voices for Trump and has been touting the recent news that THREE MORE polls (NPR, Rasmussen and Marist) have shown de facto Third Party President Trump around 34-35% approval among voters of color. (Links below) Other polls have shown that approval at 39% or higher. Astronomical numbers for a political figure who is neither a true Republican nor a true Democrat.

BOB WOODSON – Civil Rights leader Bob Woodson thanked President Trump for taking on the political establishment: “I just want to thank God and President Trump for knocking over the tables in the temples and attacking the status quo that is hostile to the interests of poor people.”

The president himself said “Today we thank God for all the blessings that the African-American community continues to give our nation and we pledge our resolve to expand opportunity for Americans of every race, color and creed.”

“You know Nehemiah was told by God to build a wall and that’s what you’re doing. Amen.”