AND EVEN MORE NEGLECTED BATTLES FROM THE REVOLUTIONARY WAR

The 4th of July is coming up soon so why not do another seasonal post? The format of my recent look at some overlooked American victories from the Revolutionary War was pretty popular with readers, so in that same format here’s a look at some victories AND defeats from 1778. 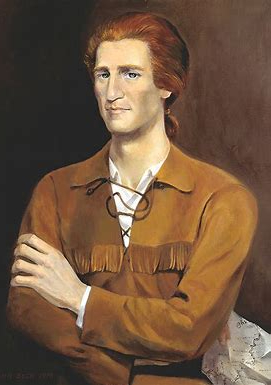 MAY 15th, 1778 – George Rogers Clark and his troops seize the British base at Cahokia on the Mississippi River near what is now East Saint Louis, IL. This officially kicks off Clark’s campaign to take control of America’s northwest frontier (of the time) away from the British. The campaign was begun at the behest of Virginia’s Governor Patrick Henry.

MAY 30th, 1778 – British-educated Mohawk Chief Joseph Brant leads a combined force of 300 Iroquois and British Loyalists against 60 militiamen and Continental Soldiers who were defending Cobleskill, NY. Brant’s army wins, resulting in the looting and burning of Cobleskill.

JULY 3rd, 1778 – At what became called the Wyoming Valley Massacre in Northern Pennsylvania, British Loyalist Colonel John Butler leads 574 combined British Loyalists and Mohawk Indians against 360 Americans under Colonel Zebulon Butler. The Americans lose and the British Loyalists allow the Mohawks to torture to death surviving Americans who could not avoid capture. Roughly 340 of the original 360 men were killed, either in battle or by slow torture.

JULY 4th, 1778 – George Rogers Clark and his American army attack and capture the British post at Kaskaskia, IL at the confluence of the Kaskaskia and Mississippi Rivers.

JULY 20th, 1778 – Continuing their campaign, George Rogers Clark and his men take the British post at Vincennes, IN along the Wabash River.

SEPTEMBER 16th, 1778 – The Americans in Boonesborough at last successfully drive off the besieging Shawnee.

MID-SEPTEMBER, 1778 – America’s Colonel Thomas Hartley leads 130-150 men against British-allied Native American villages along the Susquehanna River, like Unadilla, Onaquaga and ending with a battle at Tioga. Much of the plunder taken during the raid on the Wyoming Valley is recovered.

NOVEMBER 10th, 1778 – At the Battle of Cherry Valley, NY Colonel Walter Butler leads a combined British force of over 700 British Loyalists, Regulars and Iroquois Allies against America’s Colonel Ichabod Alden with 250-300 men. The British win and another massacre ensues, with Butler later blaming the Native Americans but the journals of British Regulars at the battle blaming the Loyalists.

DECEMBER 9th, 1778 – Clark’s successful campaign in the Northwest officially ends with a flourish as Virginia Governor Patrick Henry declares all of the territory conquered by Clark’s army to be annexed by Virginia as the Department of Illinois, adjacent to the pre-existing Department of Kentucky.