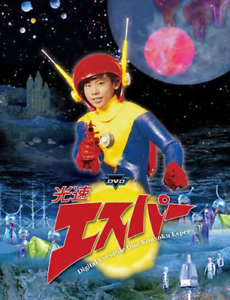 LIGHT SPEED ESPER (1967-1968) – This overlooked Japanese television show was titled Kousoku Esupâ in its nation of origin. If you enjoy live action programs like Ultraman or other shows from the tokusatsu subgenre of entertainment then Light Speed Esper will certainly appeal to you.

Hikaru Azuma (Kiyotaka Mitsugi) is a boy out enjoying a trip in a balloon with his parents. Tragedy strikes when their balloon collides with a spaceship piloted by aliens from the Andromeda Galaxy. As happens. You know how it is.

Hikaru’s parents are killed in this intergalactic accident, filling the extraterrestrials – called Alien Espers or Esper Seijin – with immense feelings of guilt. They possess and animate the dead bodies of Hikaru’s mother and father to make amends. Very morbid amends, I grant you, but amends nonetheless.

The plot thickens as the Alien Espers (lower left) share their knowledge about an impending invasion of Earth by the Giron Seijin (Feuding Aliens). 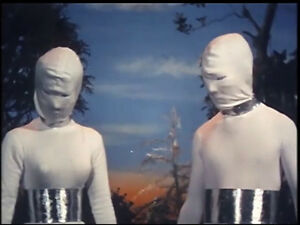 The Alien Espers want to help the Earth, so they contact Professor Asakawa, a scientist at the Atomic Research Institute. Asakawa has been trying to develop a high-tech rocket suit capable of reaching light speed but the limitations of Earth science keep getting in his way. 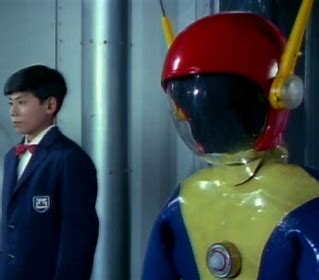 Telepathic instructions from the Alien Espers enable the professor to complete the rocket suit, which Hikaru can wear to defend the world from the alien invasion.

So, killing the kid’s parents makes the Alien Espers feel remorse, but they’re just fine with having him risk his life fighting off the Giron Seijin. That’s an odd moral universe which these aliens inhabit. 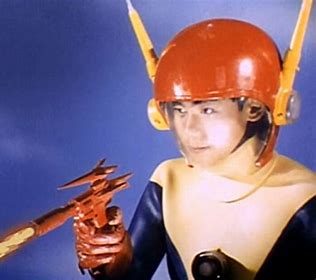 At any rate over the course of 26 wild, weirdass episodes Hikaru, now called the Light Speed Esper, uses the rocket suit and a ray-gun to battle the intergalactic menace of the aforementioned Giron Seijin. 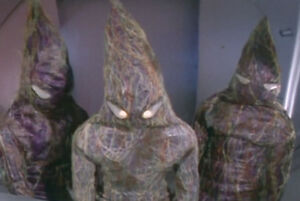 This show is a lot of fun. No complications, just a bunch of bubblegum for the eyes and the brain if you’re in the mood for some escapism so mild that even children can watch it with no problem. Well, outside of the reanimated dead parents angle. But I think that goes without saying. +++