Balladeer’s Blog’s readers can’t get enough of these blog posts about cool football helmets, so, since I aim to please here is another one. 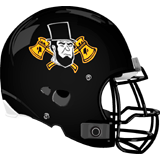 Comment: How can you NOT love this name for the football teams of any educational institute at any level? The Railsplitters is great. The Emancipators would be great, too! 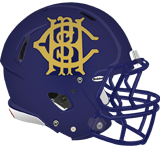 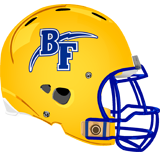 Comment: Electrons is a clever choice for a team named after good old Dr Franklin. Other possibilities might be the Stoves, the Kitefliers, the Lightning Bolts, or maybe the Cougars given his fondness for older wo- … naaah. 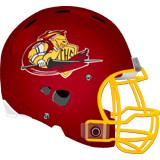 Comment: No, not Prancers, LANCERS! Like Knights it’s one of those team names that can’t help but lend themselves to eye-catching logos.

Comment: This may be the best helmet I’ve ever seen for one of the many football teams called Indians. Perfect blend of colors. 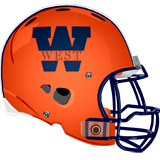 Comment: Speedboy sounds like the name of the sidekick for a superhero called Velocity Man. Or maybe not. Anyway, this nice helmet made the list mostly on the coolness of the team’s name. 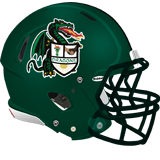 Comment: Yes, for the Game of Thrones fans in your life recommend this team, with their terrific use of a dragon AND a coat of arms on their helmet. 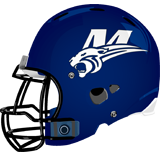 Comment: This is one of those helmets which is completely blank on one side with the logo appearing only on the opposite side. That’s why the Pumas helmet is facing the other direction, for authenticity’s sake. 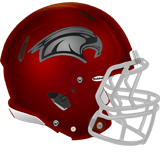 Comment: Now this is why logos on the helmet count for so much. Even if you’re using a heavily employed team name like Hawks, your lids can still impress the fans. 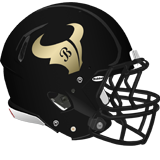 Comment: And for outstanding use of logo, initial AND color scheme, it’s the helmets worn by the Brashear Bulls! Just plain beautiful! 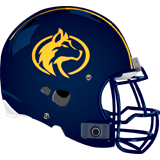 Comment: The helmet IS awesome, but the team name begs the question “Are these guys called the Preparatory H’s?” Probably not. 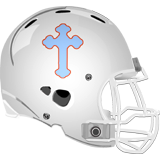 Comment: In the tradition of Tinker, Tailor, Soldier, Spy it’s Father, Judge, Crusader … uh, Fly? Private I? I walked into a joke so lame I couldn’t get myself out of it. 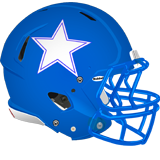 Comment: Rather than try a Lionel Ritchie joke that I probably couldn’t get out of I’ll just compliment Perry Traditional Academy for their team name and eye-catching lids! 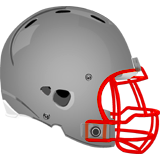 SCHOOL OF THE FUTURE

Comment: Yes, it’s the School of the Future, with flying buses, teleportation devices to get from classroom to classroom and, oddly, pretty bland helmets. Obviously it’s on the strength of the name Firebirds alone that this team snuck onto the list.