CAN ANY TEAMS CHALLENGE ALABAMA AND CLEMSON FOR THE NEXT COLLEGE FOOTBALL CHAMPIONSHIP? 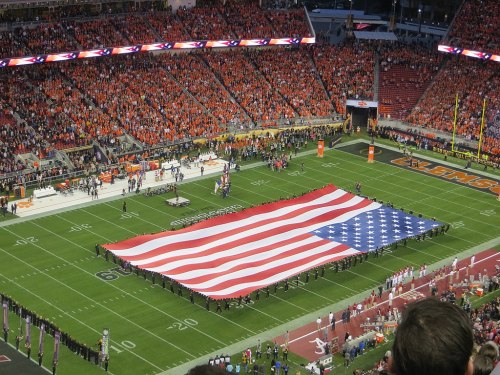 Three of the last four CFP Championship playoffs have featured the Alabama Crimson Tide and the Clemson Tigers. Such has been their dominance of college football in recent times, most football pundits anticipate Alabama and Clemson being leading contenders to make it four playoff appearances in the last five seasons. Some people believe it’s simply a formality that all other college sides will fall be the wayside at some point doing the season, with several other bigtime programs failing to live up to expectations.

According to the latest CFP Championship ratings at Oddschecker, the sportsbooks rate Clemson’s chances of overcoming Alabama and doubling down after their annihilation of the Crimson Tide in January’s final. However, there’s always a chance that the form book will be ripped up and new teams will battle their way to the playoffs. We take a look at some of the leading contenders for the 2020 CFP Championship within the chasing pack behind the Crimson Tide and the Tigers.

Florida Gators could get a shot at the Crimson Tide

It’s not been easy for the Florida Gators to find a safe passage to the CFP Championship Playoff, particularly with the rapid rise of the Georgia Bulldogs. It was a frustrating season last year for the Gators, who were put well and truly in their place by the Bulldogs. Nevertheless, the Gators finished the campaign strongly, thrashing a solid Michigan Wolverines outfit 41-15 at the Peach Bowl. It was a statement of intent for the coming season. Providing they can outshine the Bulldogs, there’s no reason why they can’t secure a place against the Crimson Tide in this year’s SEC Championship. 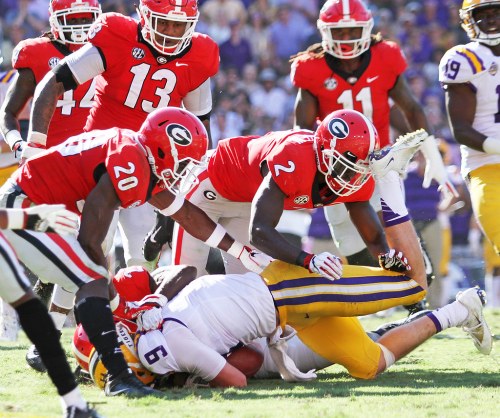 Speaking of the Bulldogs, it has been equally as disappointing for Georgia as Florida when it comes to their CFP Championship aspirations. Georgia have battled through to face Alabama in the last two title-game matchups in the SEC Championship and have twice let fourth-quarter leads slip through their fingers and a chance to play in the playoff. They’ll be desperate to make it third time lucky in 2019 and, according to ESPN, the Bulldogs have the second-best recruiting class for the upcoming season, which will make them difficult for the Gators to live with.

Given the way that the Texas Longhorns have impressed during the recent Sugar Bowl, overcoming the Georgia Bulldogs along the way, it’s unsurprising that Texas is being considered one of the leading contenders to dethrone Alabama. It’s great news for the Longhorns that they have head coach Tom Herman on board. Herman is a man that knows how to beat the Crimson Tide having been part of the Ohio State backroom staff when they overcame Alabama five years ago. Although Sports Illustrated’s writers believe that the Longhorns are somewhat overhyped, Texas do have enough in their locker room to compete.

LSU Tigers can count on a heap of returning talent

Our fourth and final potential challenger for the 2020 CFP Championship is the LSU Tigers. Encouragingly for the Tigers, they are returning more than four-fifths (82%) of their offensive contingent and almost three-quarters (70%) of their defensive stars from their 2018 roster. The Tigers-faithful will have their fingers crossed that continuity can breed consistency and success on the pitch in 2019. LSU have averaged a recruiting class rank of around seven during the last four years, according to ESPN, so they are unlikely to be taken lightly.

Both the Tigers and the Crimson Tide reached the end of the 2019 campaign with a perfect record prior to their CFP title game. Whether any of the sides mentioned above have impressed significantly enough to threaten their loss column remains to be seen. If any of the sides above manage to crack the playoff in 2020, that has to be viewed as a major win, regardless of whether they go on to claim the championship.

8 responses to “CAN ANY TEAMS CHALLENGE ALABAMA AND CLEMSON FOR THE NEXT COLLEGE FOOTBALL CHAMPIONSHIP?”