With the Memorial Day Weekend coming up, here’s another seasonal post looking at Medal of Honor Winners in the overlooked Philippine War from 1899-1902. 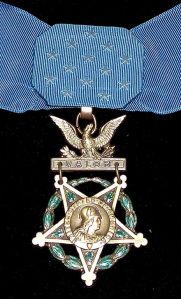 Citation: May 16th, 1899. Near San Ysidro in the Philippines. PFC High was yet another member of the legendary unit Young’s Scouts to receive a Medal of Honor during the Philippine War.

Along with 21 other members of Young’s Scouts, Frank charged across a bridge that the Filipino forces had set fire to. The 22 men rushed under heavy fire to cross the burning bridge before it collapsed. In one of those “Truth is Stranger Than Fiction” moments the soldiers routed roughly 600 Filipinos from their entrenched position. 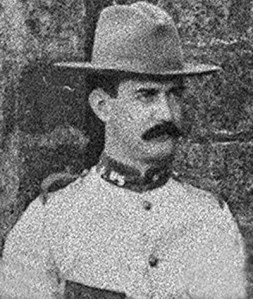 Citation: October 29th, 1899. Near Labo, Luzon. Captain Mathews, an Assistant Surgeon, was tending to officers and wounded of his unit when he came under severe fire from the enemy. Grabbing a carbine he returned fire and drove off the enemy soldiers attacking the patients under his care.

I like to think he shouted “Say hello to my little friend Hippocrates,” but I’m kind of weird.

Citation: September 9th, 1899. Near Poroc, Luzon. He and his Colonel were out in advance of their regiment. The Colonel, under heavy attack, required assistance and Lt Col Grove rushed to his aid. With his pistol alone, Grove killed, wounded and captured 7 enemy soldiers.

Grove went on to serve in World War One as well. 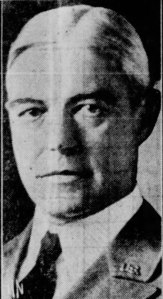 Citation: February 5th, 1899 (Mere days after the war began). Paco Bridge. Just 250 yards from the enemy forces Lt Kilbourne – facing fire from the Filipinos – climbed a telegraph pole at the east end of Paco Bridge. The telegraph wire was broken. In order to restore communication from the front back to headquarters Kilbourne calmly and coolly repaired the telegraph wire while under a steady fire.

After the war Charles E Kilbourne served as superintendent of the Virginia Military Institute.