For Flashman Down Under, Flashman in the Opium War & Flashman and the Kings click HERE   For Flashman on the Gold Coast click HERE  . Balladeer’s Blog now moves on to another Harry Flashman adventure referred to but never completed before George MacDonald Fraser’s death.

IF HE WAS BRITISH, LEE HORSLEY WOULD HAVE MADE A PERFECT HARRY FLASHMAN.

The Setup: Sometime in the second half of 1852 Harry Flashman at last arrives back in England from his travels which began in 1848. The scandals he fled have fallen into relative obscurity and he’s getting some positive acclaim over his recent experiences during the Australian Gold Rush and earlier participation in a wagon train across America.

In addition he’s finally gotten to see his son “Havvy” (not Harry), the child his wife Elspeth was pregnant with when his travels began.

The Story: The one and only Richard Burton, viewing Harry as a kindred spirit, reaches out via correspondence and personally to encourage Flashman to write some papers and deliver public talks about his journey through America and Australia. Always ready to play to his public, and now discovering the raconteur side of his personality, Harry writes a (very) bowdlerized account of his adventures of the past four years and even delivers a few talks at which he meets Burton in person. 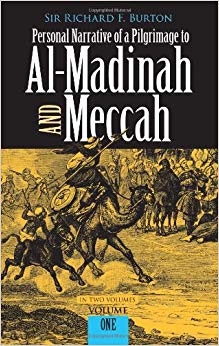 The duo enjoy diving into the darker and more forbidden side of life where sex, booze and other diversions are concerned. Flashman happens to be with Burton in Egypt in early 1853 when the famous explorer begins his journey to Medina and Mecca disguised as a Muslim.

We will learn he originally invited Harry to accompany him, since our protagonist was fluent in the necessary languages and was well-versed in Muslim customs from his military service in Afghanistan in the early 1840s. Flashman would have initially turned down the offer and stayed behind in Egypt until, getting into his usual trouble from boozing, whoring and gambling he would wind up fleeing for his life.

Flashy would frantically overtake Burton and decide to lie low with him, passing as a Muslim pilgrim while secretly waiting for just the right time to bolt back to civilization. Richard Burton documented a few attacks by caravan robbers on the group of pilgrims he was traveling with, and during one such attack Harry could have tried decamping only to wind up lost and/or in a join or die situation with a band of nomad raiders. 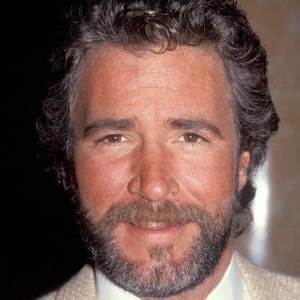 Not for the first time, Flashman would be relying on his ruthless cunning and impressive powers of deception to pass as something he’s not. His plan would be to stay alive as long as he can and pounce on the first opportunity to take to his heels. And if any lovely ladies become available to him while he’s biding his time, so much the better.

While traveling with his Bedouin comrades Harry could have met – peacefully or in battle – the Teiaha, Alawin & Terabin tribes along with the Huweitat, who were already well-known to travelers in Arabia by then, long before T.E. Lawrence’s escapades with them.

Periodic plunder or outright trading with other peoples would be recounted by Flashman, as camels, sheep, wool, butter, milk, gunpowder, lead, sugar, dates, coffee and spices exchanged hands, either peacefully or at the point of a sword.

Harry and his temporary comrades might also clash with a band or two of Wahabis who cross their path, given how – even then according to the records – the hardcore Wahabis strongly objected to what they saw as the “libertine” brand of Islam practiced by other Muslims.

Spending time at the fairs, like the 4-day fair at Ma’Ando in the early to mid-1800s, would add a certain Arabian Nights feel to the proceedings, maybe even more-so than the occasional caravan robbing.

The band of Bedawis (to use the 19th Century English spelling employed by other explorers) that Flashman was with could also prey on any peoples cultivating the land, collecting their “tribute” or protection money and attacking the – usually defenseless – people if they refused. Harry’s inner thug would certainly embrace those aspects of the lifestyle.

Hunting down people who were dodging their debts in order to collect or rough them up would also likely appeal to Flashman, especially as he could use such an endeavor to try and slip back to the West.

George MacDonald Fraser’s descriptive powers would likely have been used to great effect when it came to the crumbling ruins scattered throughout the Arabian Peninsula at the time. (See accounts by explorers like G.A. Wallin, John Lewis Burckhardt and others) Those ruins always retain a certain Robert E Howard feel of mystery since even archaeologists often argue over the origin of those stony remains. 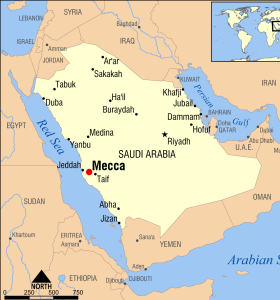 For the finale, our man Flashy – given his impeccable sense of timing – would likely link back up with Richard Burton, this time on his way BACK from Mecca & Medina and toward Egypt. Flashy would tag along and ultimately wind up back in England in early 1854 in time for Flashman at the Charge later in the year.

If he had lived to complete The Flashman Papers, George MacDonald Fraser’s writing skills would have really brought to life whatever Harry’s frequently-referenced “real” adventure with Burton would have been. I’m thinking Dune Meets Lawrence of Arabia given how Fraser always gave his 19th Century tales a certain sci-fi feel.