FIRST SEMIFINAL – The 2 seeds – the ROBERTS WESLEYAN COLLEGE REDHAWKS – took the court against the 3rd seeded HANNIBAL-LAGRANGE UNIVERSITY TROJANS. The Redhawks found themselves chasing the Trojans at Halftime as they faced a 35-22 deficit. After the break Roberts Wesleyan College mounted a massive comeback, winning the game 63-61 led by 19 points from Peyton McLaurin.

SECOND SEMIFINAL – Up next the top seeded CEDARVILLE UNIVERSITY YELLOW JACKETS clashed with the 4 seeds – the BLUEFIELD COLLEGE RAMBLING RAMS. The Yellow Jackets put up 36 points in each Half, leading the Rambling Rams 36-27 at the midpoint before winning it by a final tally of 72-59. Conner TenHove tossed in 20 points to lead Cedarville U.

FINAL FOUR: FIRST BERTH – The 2 seeds – the HERKIMER COLLEGE GENERALS – squared off against the 7th seeded SANDHILLS COLLEGE FLYERS yesterday. The Generals were clobbering the Flyers to the tune of 40-22 at the break, then kept them at arm’s length in the 2nd Half for a 76-64 victory. Arnold Agard, Derrick Felder and Musa Pough led Herkimer College with 14 points each.

FINAL FOUR: SECOND BERTH – The 3rd seeded RICHLAND COLLEGE THUNDERDUCKS played the 6 seeds – the MIDDLESEX COUNTY COLLEGE MUSTANGS. The Mustangs had the Thunderducks worried at Halftime with their 35-30 advantage but Richland College came back to force Overtime with a 77-77 tie. In the extra session the Thunderducks emerged with a 91-87 triumph. Caleb Williams notched a Double Double of 26 points and 11 rebounds to lead Richland College.

FINAL FOUR: THIRD BERTH – UPSET was the name of the game this time around as the 8 seeds – the CENTRAL LAKES COLLEGE AT BRAINERD RAIDERS (should be the Brainstorms) – stunned the top seeded SUFFOLK COUNTY COLLEGE SHARKS (“or something” as Nicolas Cage would say). The Sharks were on top 35-31 at the break but from there the Raiders exploded, charging back to win it 82-68. Twenty-five points from Chris Buckley led CLC-Brainerd.

FINAL FOUR: LAST BERTH – Competing for this slot in the Final Four were the 5th seeded ROCK VALLEY COLLEGE GOLDEN EAGLES and the 4 seeds – the BUNKER HILL COLLEGE BULLDOGS. At the end of a very defense-heavy 1st Half the Golden Eagles had the Bulldogs on Upset Alert with a 25-20 lead. Rock Valley College went on to consummate the Upset 64-56 led by Josiah Patten’s 15 points.

GAME ONE – The 5 seeds – the GRACE COLLEGE LANCERS – battled the 8th seeded NEBRASKA CHRISTIAN COLLEGE SENTINELS (formerly the Parsons). The Lancers crushed the Sentinels, leading them 51-26 at Halftime before finishing them off by a count of 89-61. Haden Deaton led the way for Grace College with 15 points. 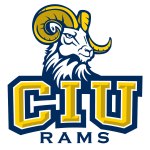 GAME TWO – In this game the 6th seeded COLUMBIA INTERNATIONAL UNIVERSITY RAMS took the court against the PIEDMONT INTERNATIONAL UNIVERSITY BRUINS (formerly the Conquerors). A 31-26 Rams lead at the midpoint wound up as a 65-61 triumph over the Bruins when all was said and done. Twenty-One points from Arthur Pearson led Columbia International University.