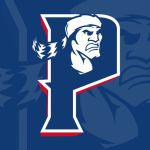 CALIFORNIA PACIFIC CONFERENCE: CHAMPIONSHIP GAME – The top seeded UNIVERSITY OF ANTELOPE VALLEY PIONEERS mixed it up with the 3 seeds – the EMBRY-RIDDLE (AZ) AERONAUTICAL UNIVERSITY EAGLES (should be the Aeronauts). The Pioneers were on top 35-25 at Halftime but after the break the Eagles quickly pulled to within 3 points at 36-33. From there UAV got more separation, ultimately winning it 65-56 led by Hayden Hall’s 18 points. * THE PIONEERS ARE CHAMPIONS OF THE CALIFORNIA PACIFIC CONFERENCE TOURNAMENT *

CASCADE COLLEGIATE CONFERENCE: CHAMPIONSHIP GAME – The 2 seeds – the COLLEGE OF IDAHO COYOTES – played the Cinderella 6th seeded SOUTHERN OREGON UNIVERSITY RAIDERS (should be the Sea Gulls). A 33-25 Coyotes lead at the break transformed into a 70-55 triumph for College of Idaho when all was said and done. Matt Meyers led the way for the Coyotes with 19 points. * THE COYOTES ARE CHAMPIONS OF THE CASCADE COLLEGIATE CONFERENCE TOURNAMENT *

GREAT PLAINS ATHLETIC CONFERENCE: CHAMPIONSHIP GAME – This title clash pitted the 2nd seeded UNIVERSITY OF JAMESTOWN JIMMIES against the top seeds – the MORNINGSIDE COLLEGE MUSTANGS. Points flew like shrapnel in the 1st Half, which ended with the Mustangs up 49-46. After the break the Jimmies roared back for an 86-84 victory in this Instant Classic. Twenty points from Kevin Oberweiser led the University of Jamestown. * THE JIMMIES ARE CHAMPIONS OF THE GREAT PLAINS ATHLETIC CONFERENCE TOURNAMENT *

RIVER STATES CONFERENCE: CHAMPIONSHIP GAME – The (1East) WEST VIRGINIA TECH GOLDEN BEARS took on the (1West) INDIANA UNIVERSITY AT KOKOMO COUGARS. Come Halftime the Golden Bears held a 36-32 advantage over the Cougars. In the 2nd Half West Virginia Tech had to hold on by their fingertips for an 85-83 win. Elisha Boone put up THIRTY-TWO points to lead the winners. * THE GOLDEN BEARS ARE CHAMPIONS OF THE RIVER STATES CONFERENCE TOURNAMENT *

WOLVERINE-HOOSIER ATHLETIC CONFERENCE: CHAMPIONSHIP GAME – The last two teams standing in this conference tourney were the 3 seeds – the INDIANA TECH WARRIORS (should be the Hoplites) – and the top seeded CORNERSTONE UNIVERSITY GOLDEN EAGLES. The Warriors put the Golden Eagles on Upset Alert with a 34-31 edge at the Half then consummated the deal with a 72-61 triumph. Mitch Morken’s 21 points led Indiana Tech. * THE WARRIORS ARE CHAMPIONS OF THE WOLVERINE-HOOSIER ATHLETIC CONFERENCE TOURNAMENT *

CROSSROADS LEAGUE: CHAMPIONSHIP GAME – In the 2 spot the INDIANA WESLEYAN UNIVERSITY WILDCATS went face to face with the 4 seeds – the MOUNT VERNON NAZARENE UNIVERSITY COUGARS. The Cougars led 36-34 at the break but from there the Wildcats came tearing back to win it 76-70 led by Kyle Mangas with 25 points. * THE WILDCATS ARE CHAMPIONS OF THE CROSSROADS LEAGUE TOURNAMENT *

REGION 303: FIRST QUARTERFINAL – The 5 seeds – the CORNING COLLEGE RED BARONS – battled the 4th seeded FINGER LAKES COLLEGE LAKERS. The Red Barons were chasing the Lakers 44-40 at Halftime but then went on to outscore Finger Lakes College 50-43 for a 90-87 comeback win. Corning College was led by Christian Simmons with a Double Double of THIRTY-THREE points and 12 rebounds.

REGION 303: SECOND QUARTERFINAL – In this game the top seeded HERKIMER COLLEGE GENERALS took on the 8 seeds – the COLUMBIA-GREENE COLLEGE TWINS. At times the Generals seemed to be toying with the Twins and when all of the dust had settled Herkimer College had won the game in a 91-64 beatdown. Derrick Felder tossed in 23 points to lead the Generals.

REGION 303: THIRD QUARTERFINAL – The 6th seeded FULTON-MONTGOMERY COLLEGE RAIDERS served up an Upset in their game against the 3rd seeded ONONDAGA COLLEGE LAZERS (sic). The Raiders (should be the Steamers) were trailing the Lazers 37-31 at the Half but came roaring back to win the game by an authoritative final score of 77-66.

REGION 303: FOURTH QUARTERFINAL – The 2 seeds – the MOHAWK VALLEY COLLEGE HAWKS – wrapped up the Quarterfinals by taking on the 7th seeded HUDSON VALLEY COLLEGE VIKINGS. The Hawks got a wakeup call against the hard-fighting Vikings program but when all was said and done in this game Mohawk Valley College had defeated Hudson Valley College 67-61.