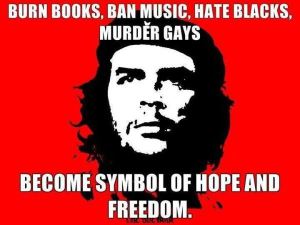 Yes, it’s once again Guy Fawkes Day, the day Balladeer’s Blog celebrates figures who became symbols of the exact opposite things they represented in their actual lives!

Guy Fawkes was a religious fanatic whose face became a symbol of resistance against a fictional theocratic dicatorship thanks to a comic book. Che Guevara was a murderous, homophobic, racist would-be dictator depicted as a symbol of youthful rebellion thanks to the spiteful cluelessness of Left-Wing Archie Bunkers.

Thank the forever-childish 1960s generation for elevating such a repulsive and barely human creature to such heights. Even at HUFFINGTON POST the truth about blood-soaked animal Che has been written. Click HERE

Here are some actual quotes from hatemonger Che:

“Go ahead and try them tomorrow morning — but execute them NOW!”

“Crazy with fury I will stain my rifle red while slaughtering any enemy that falls in my hands! My nostrils dilate while savoring the acrid odor of gunpowder and blood.”

“We don’t need proof to execute a man. We only need proof that it’s necessary to execute him. A revolutionary must become a cold killing machine motivated by pure hate.” (Note from Balladeer: Gee, I thought the poseurs and buffoons of the American Left said they’re AGAINST “hate.”)

“What we affirm is that we must proceed along the path of liberation even if this costs millions of atomic victims.” 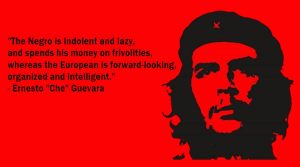 Oh, and by the way, Guevara spent WAY too much time contemplating and writing about his own body odor. 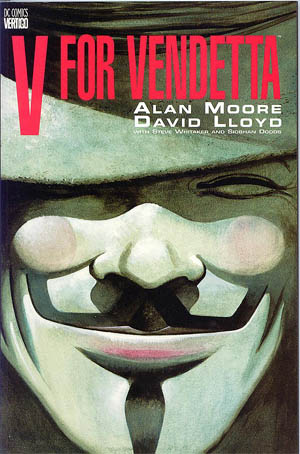 Thanks to V For Vendetta, one of Alan Moore’s many overrated comic books, masks of Guy Fawkes have become associated with Moore’s fictional freedom fighter who opposed the aforementioned theocratic dictatorship in a dystopic future.

18 responses to “CHE GUEVARA AND GUY FAWKES FOR NOVEMBER 5th”