3 GUNSLINGERS: HAVE NICKNAME, WILL TRAVEL 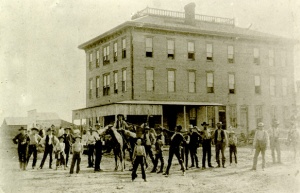 Frontierado is coming up this Friday, August 3rd. The holiday celebrates the myth of the Old West, not the grinding reality. With just a few days remaining until the big day I’ll be squeezing in some last seasonal posts.

Part of the appeal of old west gunslingers lies in their catchy nicknames. I’ve covered all of the big names over the years, so here are a few more who don’t get the attention they deserve.

CASH HOLLISTER – Cassius M “Cash” Hollister was born in Cleveland, OH on December 7th of 1845. Cash was a two-fisted and fiery man who felt too constrained living in the citified East. In 1877 he traveled to Kansas, where he did hotel work in Wichita before moving on to Caldwell.

Hollister married Sadia Rhodes in 1878 and in late October of 1879 was elected Mayor of Caldwell following the violent death of the town’s previous Mayor. High office did nothing to diminish Cash’s high spirits and he continued to participate in frequent barroom brawls and street fights.

Choosing not to stand for reelection in 1880, Hollister held no further official position until very early 1883, when he was appointed Deputy U.S. Marshal by Marshal B.S. Simpson. Within months Cash was involved in a series of gunfights against horse thieves and cattle rustlers in the sprawling criminal organization headed by Jay Wilkinson.

Though plenty of his subordinates were arrested or gunned down, the wily Wilkinson ultimately escaped, just one step ahead of the law. Marshal Hollister also shot it out with outlaws in Hunnewell, KS, an often-overlooked cow town which frequently outshone iconic Dodge City in shooting deaths per year.

In mid-September of 1884, Cash Hollister resigned as a U.S. Deputy Marshal to become a Deputy Sheriff of Sumner County, KS. After just over a month in his new position Hollister attempted to bring in a wanted Texas criminal named Robert Cross. Robert had taken a wealthy farmer’s daughter captive and holed up inside his new home.

Cash threatened to burn Cross out if he didn’t surrender but the outlaw responded with guns blazing, shooting Hollister to death on October 18th, 1884. 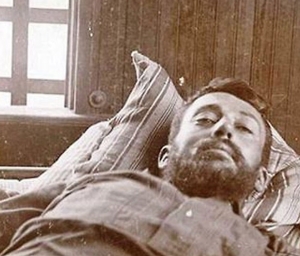 ZIP WYATT – This gunslinger was born as Nathaniel Ellsworth Wyatt in Indiana in 1864. By 1889 the Wyatts were living near Guthrie, OK, but the men of the family were notorious for their wandering ways, their less than legal approach to life and for their deadly skill with guns.

With the death of Zip’s mother in 1890 and big brother Six-Shooter Jack getting gunned down in Texline, TX in 1891, Wyatt seemed temporarily inclined to settle down. He married Anne Bailey in Mulhall, OK but was soon back to his old ways, much to the distress of his wife and daughter.

Zip was already wanted under his other aliases Dick Yeager and Wild Charley and now began a multi-year crime spree which would end in his death. On June 3rd, 1891 Wyatt – possibly drunk – shot up Mulhall and gunned down two men.

Zip took it on the lam along the Cherokee Outlet before wandering into Kansas. Wyatt stole assorted supplies in Greensburg, KS and continued his flight. Deputy Sheriff Andy Balfour trailed the fugitive to Pryor’s Grove, KS, where Zip shot the lawman to death and escaped with just a few wounds himself.

The outlaw rode for Indiana to hide out with some distant family members but was arrested there in 1892 and extradited back to Oklahoma. Zip escaped from jail in Guthrie but was recaptured. On New Year’s Eve 1892 into 1893 Wyatt escaped AGAIN and resumed his fugitive existence. 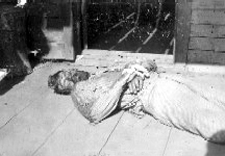 BLACK IKE – In early 1893 Zip Wyatt joined up with Isaac Black aka Ike Black aka Black Ike. This gunslinger was a former Kansas rustler who had done a few years in the state penitentiary before moving on to Oklahoma. The two men became fast friends.

Zip and Black Ike formed assorted ad-hoc gangs to pull off robberies all around Oklahoma and Kansas. The pair of friends were the nucleus with other outlaws signing on with them like “session musicians” for a job or two before going their own way.

In November of 1893 Zip Wyatt and Black Ike’s gang struck in Arapaho, OK, robbing the post office and the Hightower Store. By winter the pair of desperadoes had holed up in a hideout in the Gypsum Hills, where their devoted wives would often make conjugal visits and transport food and other supplies to the fugitives.

From that Gyspum Hills lair Zip and Black Ike would often venture forth in 1894 and became so infamous that they were reflexively blamed for almost every robbery in Kansas and Oklahoma.

On January 20th, 1895, during the commission of another crime in what is now Blaine County, OK the pair – or just Zip – supposedly shot to death County Treasurer Fred Hoffman. That spring rumors claimed that Wyatt and Black had temporarily joined up with the Doolins and/ or the Daltons for some of their crimes, including the Rock Island train robbery in April.

By June 3rd Zip and Black Ike were back to running their own ad-hoc gangs and robbed stores and the post office in Fairview, OK, making off with valuables and three horses. On June 4th the duo were attacked by four lawmen at a cavern hideout but escaped with minor wounds in the resulting shootout.

Soon assorted posses numbering nearly 200 men in all were scouring Oklahoma and Kansas for Zip and Black Ike. On July 26th the pair pulled off a robbery in Oxley, OK and the next day a posse caught up with them at Salt Creek. After another furious gunfight Wyatt and Black escaped yet again.

July 28th found the pair – whose horses had run off – stealing a cart and horses from a farm in Okeene, OK. Another posse caught up with them in a canyon, where, following an exchange of gunfire in which posse member Frank Pope was shot, Zip and Ike once again managed to escape.

Two of the pursuing posses caught up with the pair of outlaws on August 1st at a shack outside Cantonment. This time the resulting shootout resulted in Black Ike getting killed and Zip Wyatt shot in a lung. Still, Zip escaped on foot.

Reaching a nearby doctor’s house Wyatt stole the MD’s horse after forcing him at gunpoint to tend his wound. Before too long the pain from Zip’s chest wound prompted him to abandon the jostling horse and instead commandeer a passing wagon outside Homestead.

The outlaw took the wagon across the Cimarron River before releasing its teenage driver and continuing on alone. On August 3rd Zip was spotted near Waukomis and another posse closed in on him. He abandoned the horse-drawn wagon in the Skeleton Creek Valley and soon stole a horse from a man named John Daily.

Now Oklahoma’s Anti-Horsethief Association set out on Wyatt’s trail. On August 4th another posse from Enid, OK joined them and surrounded Zip near Marshal. In this gunfight Zip was wounded in the stomach and pelvis which, combined with his lung wound, finally prompted him to surrender.

Medical attention kept Zip alive and he was soon jailed in Enid, where the celebrity outlaw – often pumped full of morphine for his bullet wounds – charmed visitors and reporters. His father Six-Shooter Bill also visited Wyatt in his cell in Enid.

Finally, on September 7th, 1895 Zip Wyatt perished from his wounds and was buried days later in an unmarked pauper’s grave. +++

16 responses to “3 GUNSLINGERS: HAVE NICKNAME, WILL TRAVEL”