The Texans seemed in control of the game with a 50-32 lead at Halftime. After the break, however, the Cowboys came alive and South Plains College wound up having to fight to survive an 80-75 thriller. Christopher Orlina of the Texans notched a Double Double of 19 points and 13 rebounds.

FINAL FOUR: SECOND BERTH – Up next the 3 seeds – the VINCENNES UNIVERSITY TRAILBLAZERS – struck a blow for Chalk in their battle with the 6th seeded FLORIDA SOUTHWESTERN STATE BUCCANEERS.

By the break the Trailblazers held a 32-26 advantage over the Buccaneers. From there Vincennes University kept Florida Southwestern State at arm’s length the rest of the way, sneaking a bit more breathing room for a 76-68 triumph. Twenty-three points from Ty Gadsden led the Trailblazers. 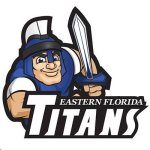 FINAL FOUR: THIRD BERTH – The 8th seeded EASTERN FLORIDA STATE TITANS and the 16 seeds – the BARTON COLLEGE COUGARS – played what may have been the Game of the Day.

A high-scoring, action-packed 1st Half ended with the Cougars on top of the Titans 49-48. In the closing Half Eastern Florida State outscored Barton College 34-31, coming from behind for a tight 82-80 victory. Jalen Warren tossed in 19 points to lead the Titans. 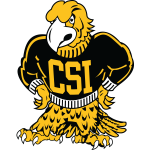 FINAL FOUR: LAST BERTH – This final slot for 2018 was fought over by the 10th seeded COLLEGE OF SOUTHERN IDAHO GOLDEN EAGLES and the 2nd seeded NORTHWEST FLORIDA STATE RAIDERS.

The Golden Eagles smacked the Raiders in the face with an Upset Alert by leading them FIFTY-ONE to THIRTY-FIVE by Halftime. From there Northwest Florida State gained back just a tiny bit of space as the College of Southern Idaho triumphed over them by a Century Club-level score of 107-93. Charles Jones, Jr of the Golden Eagles logged THIRTY points for his team.