The various range wars of the Old West were not truly “wars,” of course but were more like modern-day gangster conflicts with very rare examples of outright good guys or outright bad guys. Frontierado is about the myth of the American West, not the reality, though, so think in terms of Renaissance Festivals.

THE LINCOLN COUNTY WAR – Billy the Kid’s involvement in this range war has made this the most internationally famous of them all, so I chose it for this premier look at gangs fighting on both sides of the conflict. For fans of the original Young Guns movie I’ll lead off with the Regulators. 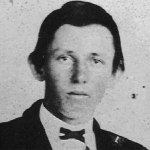 Comment: Like many of the units fighting in the Lincoln County War the Regulators were “deputized” by law enforcement personnel in the pocket of their faction’s leaders. This provided an arguable veneer of legality to the group’s actions. Dick Brewer led the Regulators until he was killed by Buckshot Roberts, then Frank McNabb led them and, after his death Josiah Scurlock took over.

Comment: This gang took their name from the Seven Rivers section of Lincoln County. Their members came from ranchers and ranch-hands united to fight cattle baron John Chisum, a cornerstone of the Tunstall-McSween Faction. Several members were killed during the range war and after it ended many survivors fell to in-fighting and wiped each other out.

Comment: Jesse Evans formed his eponymous gang in 1872, six years before the official outbreak of the Lincoln County War. Billy the Kid started out in this gang for several months before defecting to the Tunstall-McSween Faction. Rustler gangs such as this aggravated the developing tensions in the county and periodic shootings and lynchings became a common occurrence long before John Tunstall’s murder sent things into high gear in February of 1878.

Comment: Headquartered in Dona Ana County this gang of hired gunmen killed time between mercenary jobs by rustling cattle. They were so successful that by the early 1870s John Kinney was known as the Kingpin of Cattle Rustling. In 1877 Kinney and his boys were hired guns in the El Paso Salt War and the very next year they were employed by the Dolan-Murphy Faction and “deputized” just like the Regulators.

FOR TWO GUNSLINGERS IN THIS SAME MOLD CLICK HERE