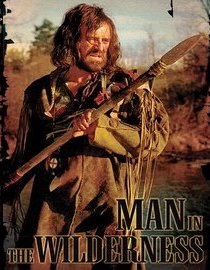 Save your time and money and see this film based on the same events.

THE REVENANT (2015) – Man vs nature movie that, ironically, is far less true-to-life than Man in the Wilderness, a 1971 film based on the same real-life events from the 1820s. ESPECIALLY THE ENDING. Yet the ’71 version didn’t go to the same bizarre levels of hype about its “authenticity” that The Revenant’s marketing does.

Richard Harris played the man left behind to die and John Huston had the role Tom Hardy plays in the newer version. Catch Man in the Wilderness from the comfort of your own home. The only entertainment in the DiCaprio film comes from wondering if he’ll ever say “Yer durn tootin'” in that ridiculous voice he uses in the movie.

Jeremiah Johnson with Robert Redford or any film based on a Jack London story give you what you’ll get in The Revenant. Except for the part where a bear mistakes Leo for Ned Beatty. (I’m kidding.)

FOR TAKES ON LIBERALS AND CONSERVATIVES CLICK HERE:    https://glitternight.com/category/liberals-and-conservatives/