OBAMA HAMMERED BY THE U.N. AND THE COURTS … YET AGAIN 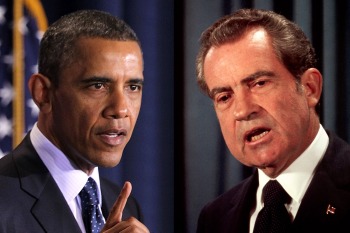 Obama and the President he is the most similar to.

Barack Obama is often called weak, inept and crooked. He’s also referred to as “the piece of dogshit stubbornly clinging to the bottom of history’s shoes.” The Mistake is another nickname for this most disastrously incompetent and dishonest of U.S. Presidents.

The U.N. has joined the chorus of voices calling out Little Barry for his corrupt antics. Their monitors have accused Obama and his administration of engaging in actively covering up repeated Iranian international violations. The motive seems to be Barry’s desperate desire to say he signed a treaty with Iran. Anything to try to justify the Nobel Peace Prize the Chicago demagogue was given his first months in office BEFORE HE HAD EVEN DONE ANYTHING! 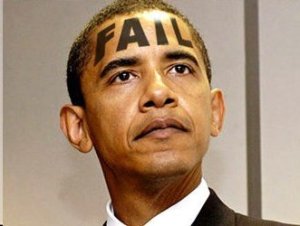 As that undeserved Nobel Prize indicates, the global community has done everything to try to help this pathetic little man be a success as president but Obama’s only acts have been outrightly crooked or narrowly self-serving. I’ve covered them too many times already to rehash all of them right now.

Stateside, the many investigations into Obama’s criminal mismanagement of the Executive Branch are still going on. Federal Judges have shown the integrity that Congress lacks and have tried to check Barry’s unconstitutional abuses. The latest jurist to humiliate Obama was Judge Emmet Sullivan of the U.S. District Court for the District of Columbia.

Judge Sullivan, stepping into the vacuum left by the Legislative Branch’s abdication of its responsibilities, upbraided the Obama Administration’s legal team for the continued dithering about former IRS head Lois Lerner’s incriminating emails. Obama and Lerner have played a game for years now hoping the whole thing will go away. Sullivan has set a deadline of June 12th (tomorrow) to comply.

2 responses to “OBAMA HAMMERED BY THE U.N. AND THE COURTS … YET AGAIN”