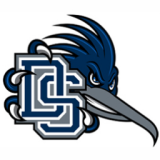 FINAL FOUR – FIRST BERTH – The 6 seeds – the DALTON STATE ROADRUNNERS – toppled the 3rd seeded CAL STATE SAN MARCOS COUGARS in this game. The Roadrunners put the Cougars on Upset Alert by Halftime with a 40-36 lead but Cal State San Marcos tied the game late at 70-70 to force Overtime. In the extra session Dalton State emerged with an 80-76 victory to move on to the Final Four. Anthony Hilliard had 20 points to lead the Roadrunners. 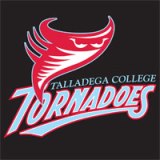 FINAL FOUR – SECOND BERTH – Next up the 2nd seeded TALLADEGA COLLEGE TORNADOES took the court against the 7 seeds – the UNIVERSITY OF PIKEVILLE BEARS. At the break it looked like another upset might be in the offing as the Bears held a 35-31 edge over the Tornadoes. In the 2nd Half Talladega College came back to win the game by a final score of 64-62. Shondel Stewart’s 22 points led his team into the Final Four. 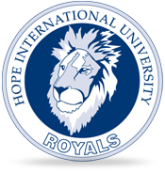 FINAL FOUR – THIRD BERTH – This spot in the Final Four was being fought over by the 1 seeds – the HOPE INTERNATIONAL UNIVERSITY ROYALS – and the 8th seeded MARTIN METHODIST COLLEGE RED HAWKS. The nation was stunned after the 1st Half as the Red Hawks nearly shut down the Royals’ offense and took a 30-22 lead into the locker room. Hope International University regrouped during the break and came storming back for a 74-62 triumph. Matt Green tossed in 21 points for the Royals while teammate Austin Sanford logged a Double Double with 11 points and 11 rebounds.

FINAL FOUR – LAST BERTH – The Cinderella (BD) WESTMONT COLLEGE WARRIORS continued dancing as they upset the 13th seeded MIDAMERICA CHRISTIAN UNIVERSITY EVANGELS for this final vacancy in the 2015 Final Four. The Warriors came back from a 36-26 Halftime deficit to the Evangels and outscored MidAmerica Christian University 50-30 in the 2nd Half for a 78-66 victory. Westmont College’s Cory Blau led the team with 25 points.

CHAMPIONSHIP GAME – The National Championship of the NCCAA was fought over by the 4 seeds – the COLORADO CHRISTIAN UNIVERSITY COUGARS – and the 6th seeded DALLAS BAPTIST UNIVERSITY PATRIOTS. This was a true game for the ages and after a hard-fought opening Half the Cougars trailed the Patriots by a slight 32-31 count. Colorado Christian University regrouped in the locker room then came back to take the lead and get just enough separation for a 77-71 triumph. Zach McLemore put up 16 points to lead the Cougars. * CONGRATULATIONS TO THE COUGARS, THE 2015 CHAMPIONS OF NCCAA BASKETBALL! *

CHAMPIONSHIP GAME – The last two teams standing in the D3 tournament were the UNIVERSITY OF WISCONSIN AT STEVENS POINT POINTERS and the AUGUSTANA (IL) COLLEGE VIKINGS. The Pointers claimed their 4th National Championship with smothering defense in this game. Stevens Point led the Vikings 32-23 at Halftime on their way to a 70-54 victory. Austin Ryf led the Pointers with his 17 points. * CONGRATULATIONS TO THE POINTERS, THE 2015 CHAMPIONS OF D3 BASKETBALL! *

CHAMPIONSHIP GAME – One of the most spetacular NJCAA title games ever played featured the 2nd seeded NORTHWEST FLORIDA STATE RAIDERS taking on the 8 seeds – the SOUTH PLAINS COLLEGE TEXANS. By Halftime the score stood at 37-36 with the Raiders on top. Regulation ended in a 71-71 tie, forcing Overtime. In the extra session Northwest Florida State emerged with an 83-80 win. Benji Bell had 28 points to lead the Raiders. * CONGRATULATIONS TO THE RAIDERS, THE 2015 CHAMPIONS OF NJCAA BASKETBALL! *

CHAMPIONSHIP GAME – This title tilt pitted the 3 seeds – the RICHARD BLAND COLLEGE STATESMEN – against a team that redefined “Cinderella” by reaching the Championship Game even though they were unseeded – the JOHN WOOD COLLEGE TRAIL BLAZERS. The Statesmen had no trouble with the Trail Blazers, burying them with their potent defense for a 38-21 Halftime lead. The 2nd Half was more of the same, with Richard Bland College winning by a final score of 64-53. Two of the Statesmen had Double Doubles – Avery Ugba with 16 points and 13 rebounds; and Tavon Mealy with 13 points and 10 rebounds. * CONGRATULATIONS TO THE STATESMEN, THE 2015 CHAMPIONS OF NJCAA DIVISION TWO BASKETBALL! *

NCCAA – THIRD PLACE GAME – Ironically the top 2 seeds in the NCCAA tournament were reduced to competing for a 3rd place finish. The 2 seeds – the EMMANUEL COLLEGE LIONS – faced the top seeded LEE UNIVERSITY FLAMES in this game. The Lions took a 36-33 Halftime lead over the Flames and converted it into a 78-65 win. Luke Miller tossed in 17 points for Emmanuel College. 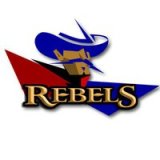 NJCAA DIVISION ONE – THIRD PLACE GAME – This 3rd Place game was between two double-digit seeds who greatly improved their standing in the tournament. The 12th seeded HILL COLLEGE REBELS squared off against the 19 seeds – the GEORGIA HIGHLANDS COLLEGE CHARGERS. By the midpoint the Rebels were clobbering the Chargers 46-30 enroute to a 94-82 victory. Evan Moorman led Hill College with THIRTY points while teammate Marcus Johnson, Jr recorded a Double Double of 16 points and 10 assists.

NJCAA DIVISION TWO – THIRD PLACE GAME – This contest was a case of Bear on Bear violence as the PHOENIX COLLEGE BEARS did battle with the DES MOINES AREA COLLEGE BEARS. Phoenix College seized a 43-36 lead by the break and then held off Des Moines in the 2nd Half for an 82-73 victory. Troy Conley’s 24 points led Phoenix College.

NJCAA DIVISION TWO – FIFTH PLACE GAME – The LAKELAND (OH) COLLEGE LAKERS took the court against the SCHOOLCRAFT COLLEGE OCELOTS in this game. This was a true battle royal with the Lakers managing a 44-39 Halftime lead then putting one additional point between themselves and the Ocelots after the break. The final score was Lakeland College 85  Schoolcraft College 79. The Lakers were led by Mike Davis with 24 points.

NJCAA DIVISION TWO – SEVENTH PLACE GAME – This final consolation game was a clash between the METROPOLITAN COLLEGE AT PENN VALLEY SCOUTS and the LANSING COLLEGE STARS. The Scouts trailed the Stars 41-36 after an action-packed 1st Half but came roaring back to win this shootout by a final score of 96-91. Cornell Duley led Penn Valley with 18 points while teammate Amaad Wainright logged a Double Double of 12 points and 13 rebounds.