If the world had been capable of a mature, long-term view when the U.S. and other nations were STILL IN IRAQ in large enough numbers then they would not have been pressuring us to leave prematurely, which is what enabled the rise of ISIS and will enable the rise of ANOTHER such force if “the international community” once again does its usual half-assed job of dealing with a situation like this. Premature withdrawals do more damage than not going in in the first place, as we’ve seen with Obama’s insane haste to flee Iraq.

Let’s be honest here – no matter how many nations are involved in the anti-Islamic State effort it will be treated like an “imperialist U.S. invasion” the minute the world – with its short attention span – wearies of the conflict. The presence of all the other nations with us will once again be smugly dismissed as “a coalition of the bought, the bribed and the bullied” like in the most recent incursion into Iraq. No matter HOW determined the international community was to send troops in we’ll be told it was a war based on lies from that eeeevillll America.

What Amnesty International is REALLY saying is: “Hey, Western Democracies – DO SOMETHING, you callous bastards!” But we all know that right after we do “Do something” the cries in the Middle East will change to “Get out of our countries you racist imperialists! You just want to exploit us and steal our oil! Withdraw IMMEDIATELY so we can throw away the accomplishments and sacrifices of your dead soldiers by allowing another group just like ISIS to take over.”

ARE THE PEOPLE AT AMNESTY INTERNATIONAL AND ELSEWHERE CAPABLE OF UNDERSTANDING THAT:

* The conflict alone would take YEARS, followed by a military commitment of DECADES or else groups similar to ISIS would simply take over AGAIN.

* As we saw LAST TIME AROUND, once the novelty of the war wears off with people like Flavor Flav and other entertainers they will start claiming we are just there “for the oil”. They’ll do their usual round of songs, movies, etc demanding an immediate withdrawal. We’ll be told once again that people around the world consider the U.S. “the greatest threat to peace.”

* AND once ISIS is “wiped out” and we’re working with other groups in the region to establish a stable post-ISIS government those same pious hypocrites will be excoriating us as “invaders” and “occupiers”. Iraqis who work with us to establish that stable government will be labeled a “puppet regime” and will get slaughtered when the inevitable, make-believe “anti-war” groups get their way and force ANOTHER premature withdrawal.

SO MAKE UP YOUR MINDS, SHALLOW PEOPLE OF THE WORLD. IF YOU WANT US TO GO IN DO YOU HAVE THE MATURITY AND COMMITMENT TO STICK WITH IT WHEN:

* Your favorite singer or actor or whatever is out in public denouncing the war as “blood for oil” or “a war of aggression” or “an imperial, racist war” or “cowboy diplomacy” 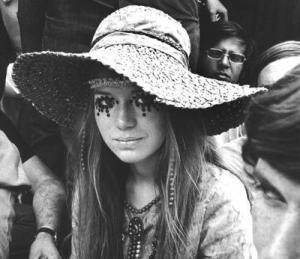 * Some piece of garbage like Michael Moore makes a seriously dishonest film propogandizing for ISIS?

Put it in writing. After watching you pathetic people in action between 2001 and today I wouldn’t put it past you to behave the EXACT SAME WAY ALL OVER AGAIN.

10 responses to “AMNESTY INTERNATIONAL: WORLD RESPONSE TO THE ISLAMIC STATE “SHAMEFUL AND INEFFECTIVE””