The Sun Conference tipped off their post-season tournament yesterday, joining the hardcourt action in the divisions covered here at Balladeer’s Blog. Here are recaps of the Opening Round games:

The 8th seeded WEBBER INTERNATIONAL UNIVERSITY WARRIORS hosted the number 9 seeds – the AVE MARIA UNIVERSITY GYRENES in a game that went from being a tight classic to a comfortable win late. The Warriors overcame an early Gyrene lead to hold an 18-12 advantage with 10 minutes to play in the 1st Half. By the break Ave Maria had trimmed that to a 37-33 edge for Webber International. Late in the 2nd Half the Warriors led the Gyrenes 63-41 and coasted from there to a 71-59 victory. Brian Pace led WIU with 23 points. 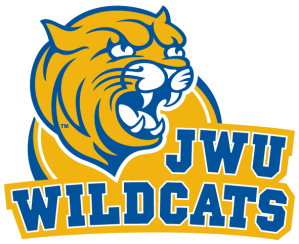 In the other Opening Round game the 7th seeded JOHNSON & WALES UNIVERSITY WILDCATS faced the visiting 10 seeds – the FLORIDA MEMORIAL UNIVERSITY LIONS. The Wildcats established an early lead and made the Lions play catch-up all game long. By Halftime Johnson & Wales held a 39-29 lead and then slowly but surely built on that lead throughout the 2nd Half. When all was said and done the Wildcats advanced to the next Round with an authoritative 79-62 triumph. Luke Walters led the victors with 17 points and 5 rebounds.

REGION 319 – SECOND ROUND – The COLLEGE OF PHILADELPHIA COLONIALS put up a Century Club- worthy 100 points to the 66 scored by the visiting LEHIGH CARBON COLLEGE COUGARS     ###      Meanwhile the UNION COUNTY COLLEGE OWLS bounced the reigning Regional Champions, the BROOKDALE COLLEGE JERSEY BLUES, 90-67     ###      And the MIDDLESEX COLLEGE COLTS survived a 76-72 visit from the BERGEN COLLEGE BULLDOGS.