CALLIPPIDES (circa 400 BC), THE ANCIENT GREEK COMEDY 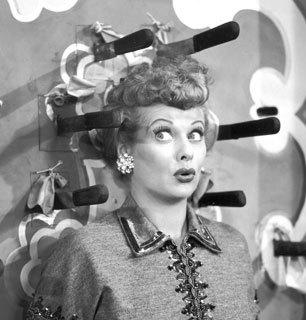 Annoy your friends with your pretentiousness: refer to shows like I Love Lucy and Make Room for Daddy as “Parathespian Comedies.”

Balladeer’s Blog presents another examination of an ancient Greek comedy. Callippides was written by the comedian Strattis and falls into that comic poet’s specialized area: Parathespian Comedies.

Another fun element of our shared humanity with the ancient Athenians who flocked to attend these plays is the fact that even 2,400 years ago audiences were fascinated and entertained by the trappings of “showbiz”. “Parathespian Comedies” were just one of the many sub-genres of ancient Greek comedy but Strattis is the writer most associated with them … by me and the .000001 percent of the population who are into such things.

Yes, a few thousand years before I Love Lucy, The Dick Van Dyke Show, Seinfeld and other such sitcoms the spectators at the Theatre of Dionysus were laughing at comedies depicting what it was like to be one of the performing, writing and singing stars of the Athenian stage. The Parathespian Comedies sometimes featured fictional stars as the characters but would also depict real-life figures of the stage in stories that were either wholly fictional or based on backstage gossip of the time.

Callippides was based on the real-life actor and megastar of ancient Greek tragedies. In this particular case Strattis presented a very unflattering comedic poke at Callippides, making jokes that depicted him as a William Shatner-esque ham instead of the accomplished thespian he was often hailed as. 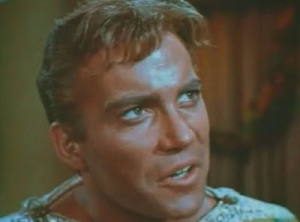 A fellow actor, Mynniscus, once described Callippides as “an ape” for his over-the- top performances and what we would today call “scenery chewing.” Of course it cannot be known if Mynniscus said this out of jealousy or accuracy. Aristotle and Xenophon left behind descriptions of Callipides’ emotion-charged performances, while Athenaeus recorded several anecdotes about Callippides’ behavior as a dinner guest. The thespian was also referred to as “that pompous actor from Scythia.”

As with most ancient Greek comedies Callippides has survived only in fragmentary form, with those fragments plus a few references in contemporary works being all that have come down to us. Aristophanes, in one of his few Parathespian Comedies (Women Staking Out Tent-Sites), had a character refer to themselves as sitting on the ground surrounded by rubbish “just as in Callippides.” It is not known if the joke referred to the title character of Strattis’ comedy or a supporting character sitting in garbage.

What can be pieced together from such fragmentary evidence is that the comedy was very unflattering to Callippides, that the story took place at a raucous food and alcohol- fueled party following a stage performance and that a character called Herakles was in it. Given how even the gods were the butts of jokes in the “anything goes” arena of the ancient comedies it could be either the demigod Herakles himself OR an actor who was playing an actor playing Herakles in the comedy (whew).

19 responses to “CALLIPPIDES (circa 400 BC), THE ANCIENT GREEK COMEDY”