I’ve made my contempt for American Liberals and American Conservatives very clear in the past. The Liberal and Conservative fanatics who have taken over the Democratic and Republican Parties are hopelessly destructive fools.

However, at this particular point in history the pretentious asses of American Liberalism are more pompous and hubristic than American Conservatives so I’m “deconstructing” their mythological figures first. I’ll do Conservative Mythology next. 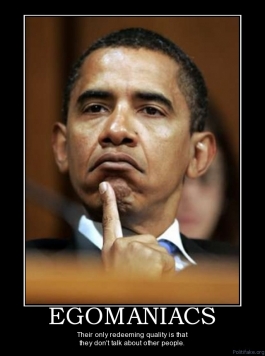 Liberals think they possess The One True Worldview.

The number one deity in American Liberal mythology would be – THEMSELVES! Make no mistake, the most vulnerable part of any American Liberal is their ego. Clueless American Conservatives often make the mistake of thinking they’re insulting Liberals by calling them unpatriotic or socialist or ungodly. Accusations like that only charge the batteries of Liberals. The best way to actually insult American Liberals is by pointing out to them how pretentious, snobbish and insecure they are. It also helps to point out to them how hopelessly naive they are, too, despite their self-image as cosmopolitan sophisticates.

American Liberals are always convinced that they have Really Deep Thoughts that other people couldn’t possibly have ever had and they trot out their childishly simplistic take on world affairs in conversations and expect the people they’re talking to to be ever so impressed. Unfortunately for Liberals they’re invariably stagnated at some level of political discourse the rest of us moved on from years – if not decades – ago. I’ll point out again that American Liberals are so far behind the rest of us they actually think they’re ahead.

The Liberal ego combines with their overall immaturity to fuel their tiresome drama queen tendencies, too. When George W Bush was in office I had no trouble simply saying I did not agree with his policies and I didn’t vote for him either time. American Liberals always had to froth at the mouth and claim he was “a dictator” and was “worse than Hitler”. These histrionics serve to let Liberals stroke their own egos, too. After all, if Bush was “a dictator” then they must have been doing something “heroic” by opposing him. This allowed incessantly whiny American Liberals to indulge in the fantasy that they were courageously standing up to oppression and tyranny.

Wrong. They were just engaging in their freedom as Americans to express their hostility toward the incumbent administration. There are people in the world who really do live under dictators and who really are courageously fighting oppression and tyranny. Those brave human beings often end their lives in prison with the laughter of the people torturing them to death being the last sound they ever hear. Pampered and comfortable American Liberals figuratively spit on such heroic people by comparing themselves to them in any way.

17 responses to “AMERICAN LIBERAL DEITIES: THEMSELVES”