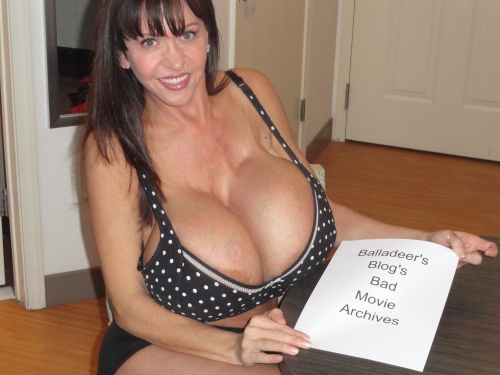 Thank you once again to Balladeer’s Blog’s Official Movie Hostess, Casey James! It’s no secret that Casey is one of the most desired women on the planet but she was kind enough to take a break from stealing the hearts of her countless admirers to help present another look at bad and weird movies.

THE SECRET OF DORIAN GRAY (1970) – A terrific idea was blown in this hilariously flawed attempt to adapt Oscar Wilde’s Picture of Dorian Gray to swinging 60’s London. Helmut Berger, who was sort of a Nordic Michael York back when this movie was made stars as our title hero whose portrait begins to reflect all the physical and spiritual wear and tear of Dorian’s hedonistic lifestyle, thus preserving his young, beautiful physical form.

It also prevents Dorian’s body from aging, which has always made me think this adaptation might have worked better as a musical comedy in the 1980’s with Dorian a Mick Jagger-type rocker starting out in the 60’s but retaining his appeal two decades later. The contrast between the 60’s and 80’s cultural mindset would have provided plenty of comic and not-so-comic material.

Every girl’s crazy about a sharp-dressed man! Dorian shows off some of his “chick magnet” wardrobe

But that’s nothing but “what might have been” I’m afraid. The movie we’re stuck with tries to be serious but plays like Jesus Franco is directing an unfocused hybrid of Austin Powers (but without the charm), Absolutely Fabulous (but without the laughs) and the Emmanuelle movies (but with very clumsy attempts at eroticism). A nice 60’s touch is the way in which the portrait painter, played by Richard Todd, is an Andy Warhol pastiche and his rendition of Dorian looks like Warhol’s paintings of pop artists of the time.

Given the time period in which it was made this movie has more freedom to deal with bisexuality than the 1940’s version so if you’ve ever wanted to see Herbert Lom sneak up on a showering Helmut Berger in the proverbial “don’t bend down to pick up the soap” situation this is the movie of your dreams!

As I noted above the premise had promise but when you consider the creative team behind this mess – Samuel Z Arkoff and Harry Alan Towers (as Peter Welbeck) – bad movie lovers can understand why this baby gets funnier and funnier the more serious it tries to be. The supposedly avant-garde clothing worn by the characters in the movie will have you rolling in the aisles all by itself! The Secret of Dorian Gray is a neglected camp classic just waiting for its cult! If you have any gay friends share it with them. They’ll love it even more than you do!

The last member of the Hoffman family escapes from the mental institution where they’ve been kept since wiping out their relatives and that prodigal Hoffman uses their Carrie-like powers to turn the mansion-turned- boardinghouse into a blood-soaked nightmare. (That’s not technically a spoiler since you wouldn’t be able to understand what was happening in the movie if I didn’t tell you that – yes, this movie is THAT ineptly put-together)

That description makes the movie sound MUCH better than it actually is, unfortunately. Like Black Devil Doll From Hell, The Girl and the Geek, Hellroller and other horror films that devote a huge amount of their running time to titillating padding this flick wastes far too much time on the hunky star and his male friends swimming, hot-tubbing and otherwise partying with the lustful nymphettes who rent rooms at Hoffman House.

A bizarre magic act during the film’s climactic party scene is so pointless you’ll wish the filmmakers would go back to flashing beefcake and cheesecake as padding. That magic act makes Boardinghouse one of the Big Four horror turkeys to feature pointless magic acts as filler, with the others being The Body Shop, Terror Train and Funhouse. The movie also throws in a rock band during the Carrie-esque finale, with one of the starlets belting out a tune in that inimitable 1980’s MTV way that will provoke a lot of laughter all by itself. 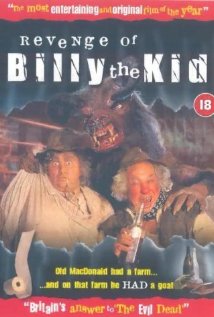 Billy faces the kind of problems that all hideous mutants face in horror films and one day just snaps and goes on a killing spree, featuring some of the most over-the- top bloodletting seen outside of films like Dead Alive or Category 3 Hong Kong horror films. This movie is more weird than bad and flaunts a deliriously demented sense of humor along with a certain perverse vision, the former of which can be gleaned by one of the lead characters having a movie poster for the original Evil Dead hanging in his room. 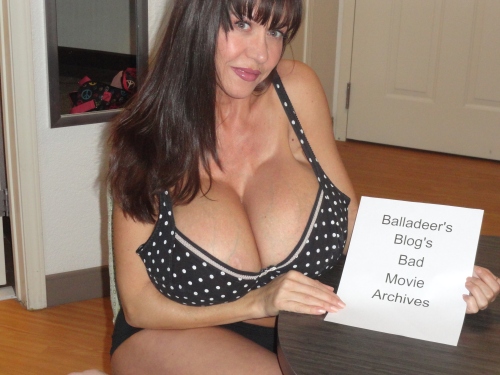 THE TERRORNAUTS (1967) – Simon Oates of Doomwatch fame stars as yet another maverick scientist in this effort from earlier in his career. Oates is running a British version of the SETI project and is forever trying to intercept signals from space … signals that might indicate intelligent life forms. Conveniently, just when their funding is about to be cut Oates and his team at last receive a broadcast from actual alien life forms. And not just any alien life forms but the exact race that use a cave in France excavated by Oates’ father as a teleportation point from their orbiting space station.

Wild coincidences like that are just the tip of the iceberg in terms of this ridiculous movie’s plot holes, inconsistencies and lack of logic. At any rate when Oates and company broadcast a reply of their own the extraterrestrials fly to England and snatch the entire building that the scientists’ project is housed in. The Earthlings, including a cockney female janitor along for excruciatingly bad comic relief, find themselves at the mercy of the space station’s Doctor Who (original series) level special effects renditions of androids, monsters and interstellar cooking devices. 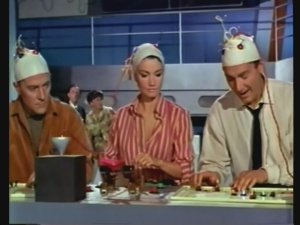 Eventually our pal Simon and his cohorts learn that they’ve been recruited to crew the large space station and use its weaponry to defeat the invasion fleet of a race of evil aliens. With ridiculous wired beanies strapped to their heads the ragtag band of Brits are telepathically tied-in with the space station’s systems and save the Earth from the oncoming armada of enemy spaceships and manage to teleport off the space station mere moments before it explodes from damages sustained in the battle. Our heroes pop up at the French cave, which sports what look like Evil Clown versions of the Easter Island heads. A gendarme catches the Brits and demands to see their passports in the very, very, wry, dry and British ending.

FOR THE WILDEST MOVIE REVIEWS WITH CASEY AT HER SEXIEST – https://glitternight.com/2013/07/21/push-the-envelope-please-sex-symbol-casey-james-and-horror-film-directors-who-pushed-the-envelope/