As always with the unfeeling political hacks of the Obama administration the real-life suffering and financial hardships their policies cause are meaningless to them. All that matters is propoganda to make it seem like their failed policies are working. To that end Obama and his fellow white-collar criminals are pleading with entertainers to help them propogandize about Obamacare by shoving pro-Obamacare propoganda down the public’s throat disguised as movies and television shows. It might even further delude Obama’s mindless, fascistic worshippers about their hollow little man.

Here is just the latest example of Little Barry’s frantic “Help me out, please, Candy” desperation: this time in the form of seminars for devising ways of forcing EVEN MORE silly propoganda into television shows and movies. Hilarious! 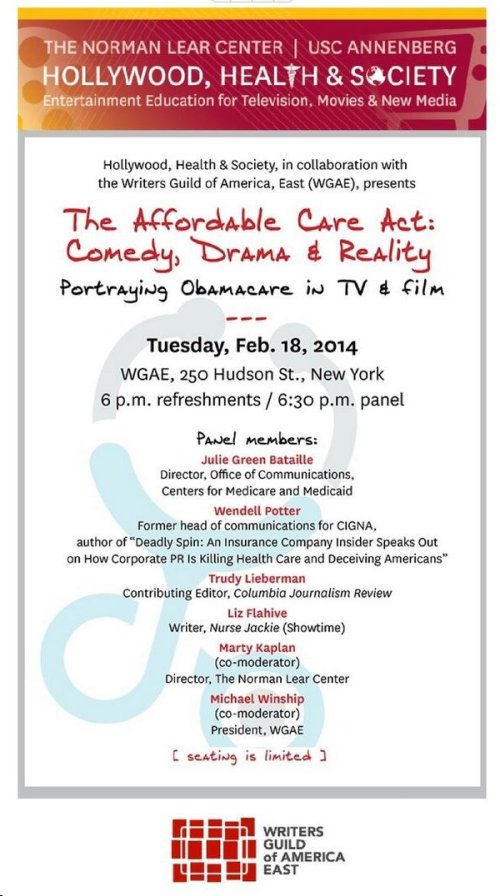