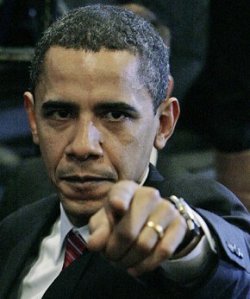 The repulsive Bill Moyers, who thinks it’s still the 1960’s, is one of the brain-dead Liberal zealots attacking the victims for speaking out about Little Barry’s latest disaster. Moyers and others insist the victims are all right-wing shills and claim that Obamacare has been “sabotaged” by Obama’s detractors. Uh. Yeah. It can’t POSSIBLY be that the people of the United States still don’t want Obamacare, especially now that “we know what’s in it”.

To refresh the memories of my overseas readers Obamacare was going to be voted down after the 2010 mid-term elections saw the election of candidates who were elected LARGELY BECAUSE OF THEIR OPPOSITION TO OBAMACARE. In the typical style of the hilariously pretentious asses of American Liberalism they were horrified that the will of the voters was about to interfere with their fanatical mission to prove that they know what’s best for “the rabble”.

Acting before the newly-elected representatives could be sworn in the Lame Duck Congress SHOVED THROUGH Obamacare, which did not get ANY votes from the Republicans, no matter how much Democrats are trying to rewrite history to spread the blame around. In their mad rush to get Little Barry a trademark piece of legislation Nancy Pelosi and company ignored all the obvious flaws in Obamacare. (No, paranoid Liberals I’m NOT a Conservative, just look around my site and see.)

When I hear callous Liberal asses making snarky remarks about the victims coming forward with their horror stories about Obamacare it reminds me how, in the 1980’s, the repulsive Ronald Reagan’s mindless worshippers scoffed at the real-life damage his policies did to people. 1980’s Conservatives refused to believe that Ramblin’ Ronny’s policies were harming anyone so they ridiculed stories about said harm. Similarly American Liberals refuse to believe that Little Barry’s policies are destroying people’s lives because, well, because any facts that conflict with their political prejudices MUST be “propoganda” and MUST be ignored.

Anyone who considers themselves a dogmatic Liberal or a dogmatic Conservative is part of the problem. Those fanatics have hijacked the Democratic and Republican parties and have put us in the situation we are in.