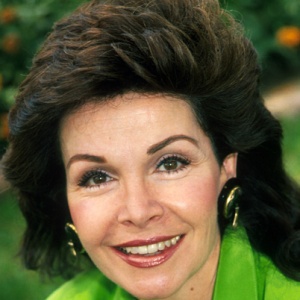 What an odd pair of ladies to die within hours of each other! Balladeer’s Blog marks the passing of Annette Funicello and Margaret Thatcher.

ANNETTE FUNICELLO – Known as the Iron Mouseketeer, Lady Annette Funicello passed away today at the age of 87. The oft-controversial figure was known for her hell-for-leather approach to politics and for her fiery childhood resignation from the Mouseketeers, whom she memorably labeled “a bunch of Trade Unionists in mouse ears”.

Annette’s most significant years came when she was voted Prime Minister of Great Britain and allied herself with conservatives against the socialist policies of Aaron Von Zipper, the leader of the opposition party. Annette’s husband, Frankie Avalon, was often the butt of jokes about his uselessness at Number 10 Downing Street but he always endured this with a boyish grin and a song or two.

Lady Annettte repeatedly outmaneuvered her opponents in Parliament, prompting Mr Von Zipper to lament “Why me … why me alla time?” on numerous occasions.

MARGARET THATCHER – Ms Thatcher will be forever remembered for the way she filled out a bikini in the cheap and quick Beach Movies released by American International Pictures in the 1960s. Margaret and her husband Denis were a bedrock of common sense and propriety for their frivolous and spendthrift teenage pals.

Margaret sternly guided her friends away from their lives of non-stop surfing and partying and toward a fiscally responsible, some might say tight-fisted and compassionless, way of life.

The songs that she and Denis sang in the Beach Movies were light little ditties about keeping a stiff upper lip when thrown from one’s surfboard and about rejecting bleeding-heart notions like giving free soda and hotdogs to Buster Keaton, Vincent Price, Elizabeth Montgomery or any of the other celebrities who made cameo appearances in the flicks. “They can bloody well buy their own franks and pop” Margaret remarked on more than one occasion and Denis would loyally chime in with a supportive “Quite right, m’dear, quite right.”

The comic highlight of these juvenile crowd-pleasers were the scenes when Margaret and Denis and their band of sensible, financially strict buddies would foil the sinister schemes of Michael Foot and his left-leaning motorcycle gang.