ESPN may not stand for Exclusively Sports Publicist’s Network but the mammoth outfit certainly acts like it. Their soft, “People magazine for athletes” approach to sports coverage makes them fun to watch and listen to in the same way watching bad movies like Plan 9 From Outer Space is fun. If you want actual sports journalism go to Sports Illustrated (SI.com) or Yahoosports, never ESPN.

It’s no coincidence that those other outfits are the ones who have broken every major sports scandal in recent years. ESPN is too thoroughly in bed with the executives in college and professional sports to want to damage their “product” by doing REAL investigative reporting. Here’s Balladeer’s Blog’s evaluation of the sports publicists who do on-air work at “the worldwide leader in suckup”. 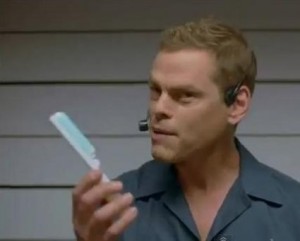 1. COLIN COWHERD – With the departure of Jim Rome to the cable outfit called CBS College Sports Cowherd gets the top spot by default. Colin towers over all the other on- air staff at ESPN by virtue of the fact that he has a life outside of sports and therefore doesn’t feel that winning games excuses criminal behavior like his colleagues do.

Cowherd also rejects the journalistic pretensions of the other ESPN sports publicists and repeatedly states that he considers his employer to be in the entertainment business, not the news business. Like all broadcasters his age his sense of humor is basically imitation David Letterman from the 80’s and 90’s but that’s a plus given the inherent absurdities of covering spoiled, semi-literate professional athletes.

Balladeer’s Blog’s Evaluation: Colin’s a pompous snob and a hopeless frontrunner but he’s the only ESPN broadcaster worth following on a regular basis. 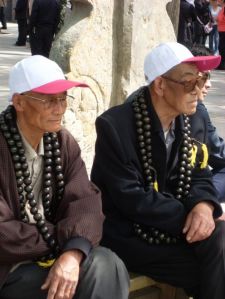 Harder hitting than Mike and Mike

2. MIKE AND MIKE IN THE MORNING – “They’re back and more butt- kissing than ever” to paraphrase the famous opening of the duo’s radio show. Mike Greenberg and Mike Golic redefine the expression “jock sniffers” with the way they figuratively drop to their knees and pucker up for every athlete who appears on their program.

The two Mikes squirm with such delight at the thrill of meeting these sports figures and are so toadying in their interviews with them that their show is like a Sammy Maudlin Show sketch from SCTV. Greenberg falls all over himself to describe how wonderful and talented he thinks the guests are and Golic falls all over himself just trying to complete a coherent sentence.

Golic’s gaffes are as legendary as his incessant plugs for his alma mater Notre Dame. My personal favorite came when he delivered a rare news break-in by announcing that Colin Powell had “re- SIGNED” as Secretary of State, as if Powell was a professional athlete whose contract had just been extended. In reality Powell had resigned from his position.

Balladeer’s Blog’s Evaluation: Mike and Mike’s butt-slurping fest is only worth listening to for laughs when the other drive-time sports radio show in your area is advertising. 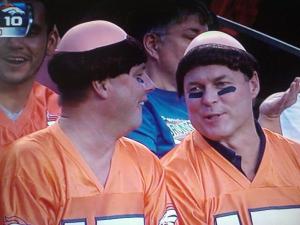 3. RYEN RUSSILLO – Russillo is best- known as the guy who hosts The Scott Van Pelt Show on those 300 or so days of the year when Van Pelt is off covering other events. It’s hard to tell if Russillo’s nasty, mean- spirited approach to sports coverage is a result of bitterness over the show STILL not having his name in the title despite the fact that he’s there far more often than Van Pelt or if he’s just naturally a jerk.

Mike and Mike are at least amiable jock- sniffers, but Russillo is a prickish jock- sniffer who openly sides with athletes against fans, administrators and even law enforcement personnel. Ryen (who spells his first name in such a way that you feel like you should type “sic” after it every time) is very harsh and cruelly insulting to fans who get fed up with athletes for battering women and other offenses.

That’s why I’ve never hesitated to point out the hilarious way he tries to hold his head on the SVP Show’s television simulcast at very odd angles to try to hide his enormous and ever-expanding Friar Tuck bald spot. The funniest example came when he appeared on Sports Nation, walking across the set to greet host Michelle Beadle but carrying his body at a ridiculous crab-walk angle to prevent his bald spot from showing up on camera.

Balladeer’s Blog’s Evaluation: When Scott Van Pelt’s not there to contain and lighten Russillo’s bitterness and hostility avoid at all costs. 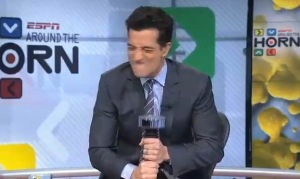 An apt metaphor for Around the Horn

4. TONY REALI – Reali is sort of ESPN’s version of the oily and sleazy child of privilege Peter Campbell from the AMC series Mad Men. He’s like a little dog nipping at the ankles of the much more talented and accomplished figures he gets to interact with on Around the Horn and its predecessor Pardon the Interruption.

Reali first gained a degree of fame as the stat-checker on PTI, where he got to roam the internet and correct statements made by Mike Wilbon and Tony Kornheiser. He and Kornheiser pointlessly taunted the venerable Wilbon so often that I wished Stephen A Smith would sit in for Mike Wilbon just once to see him slap down Reali in a way that Wilbon was too polite and professional to do.

Reali carried his tendency to feel threatened by well-spoken and capable African Americans with him when he replaced Max Kellerman as the host of Around the Horn. He had trouble getting along with  Michael Smith the same way he had trouble relating to Wilbon. Reali’s role on Around the Horn is to award points and pointlessly interrupt the arguments being made by the actual sports reporters on the show by “muting” them.

Reali oddly got away with expanding the Game Show Host role he filled on ATH over to PTI, getting to sit in judgement and decide who “won” more and more of the discussion segments between Kornheiser and Wilbon. In a tense and memorable moment Mike Wilbon uncharacteristically lost his cool and put Reali back in line by reminding him “there is nobody named Mariotti on this show” (a reference to former ATH regular Jay Mariotti).

Balladeer’s Blog’s Evaluation: Trying to watch Reali is like watching an athlete who is the coach’s son make the first team while more capable athletes sit on the bench. 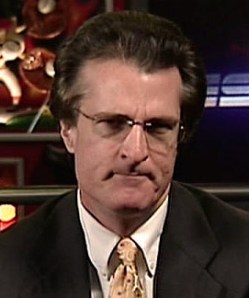 Kiper or someone’s grandma? You be the judge.

MEL KIPER – Kiper is the NFL draft prognosticator for ESPN and is living proof that weather forecasters aren’t the most frequently wrong people in the world. Pompous as Howard Cosell and as persnickety as a grandmother Kiper acts like he IS the final word on which NFL team will draft each player.

In reality he is so notoriously wrong that a popular feature on various non- ESPN sports outlets after each NFL draft is to compare Kiper’s hilariously confident predictions with the actual results. Kiper is always so laughably wrong that may be why Todd McShay gets more and more air time as each Draft Day approaches.

Balladeer’s Blog’s Evaluation: Mel’s a one- trick pony who isn’t even very good at that one trick.

MATT MILLEN – Who better to add as an NFL analyst than a man whose only accomplishment was running the Detroit Lions into the ground when he was managing things for them? That’s like adding Ed Wood as a creative consultant on a film project.

ERIN ANDREWS – The only weak link on the otherwise excellent College Game Day program, Erin Andrews has a gig any of ESPN’s other female broadcasters could handle much better. Andrews redefines the expression “blonde airhead” and may very well set back women in the college football world every bit as much as Bobby Petrino’s alleged mistress Jessica Dorrell.

DICK VITALE – This boisterous windbag has perfected his buffoon schtick to the point where he’s become a parody of himself. He’s also one of the college basketball commentators to continually cite John Calipari’s past Final Four appearances despite the fact that those wins were vacated because of cheating scandals. Vitale just waves his hand and says “I don’t want to hear about vacated wins”. Well, … Dick … if you’re going to openly ignore cheating and dishonesty in your sport then college basketball could well go the way of pro wrestling. Or maybe horseracing and boxing, two other sports that got a reputation for ignoring cheating and fixing.

© Edward Wozniak and Balladeer’s Blog, 2012. Unauthorized use and/or duplication of this material without express and written permission from this blog’s author and/or owner is strictly prohibited. Excerpts and links may be used, provided that full and clear credit is given to Edward Wozniak and Balladeer’s Blog with appropriate and specific direction to the original content