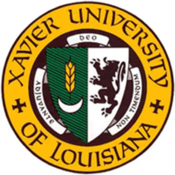 NEW ORLEANS — For the fourth time in its last five attempts, Xavier University of Louisiana has defeated the University of New Orleans in men’s tennis.
Tushar Mandlekar and Karan Salwan won in doubles and singles, and Antoine Richard and Moses Micheal saved the doubles point in the Gold Rush’s 4-3 victory at UNO Monday.
XULA (11-5), ranked second in the NAIA, snapped a 2-dual losing streak but won its third in a row against an NCAA Division I opponent. It was the Gold Rush regular-season finale; next will be a May 17 dual match in the second round of the NAIA National Championship at Mobile, Ala. The NAIA will announce the 24 qualifying teams May 8 and the pairings and seedings May 9. END_OF_DOCUMENT_TOKEN_TO_BE_REPLACED