Balladeer’s Blog continues its coverage of the world’s OLDEST team sport. FOR MY PRIMER ON POLO CLICK HERE

CHAMPIONSHIP MATCH: VALIENTE VS ORCHARD HILL – Valiente – Official Balladeer’s Blog Nickname: The Valiants – came into this 114th U.S. Open having already won the first two titles in this year’s American Triple Crown. History was on the line as Valiente mounted up to face the Defending Open Champions from 2016, Orchard Hill – Official Balladeer’s Blog Nickname: The Clubmen.

FIRST CHUKKER – On the opening Toss-In of the Match Orchard Hill’s Facundo Pieres received a pass from Polito Pieres and swatted in a Goal. After that the Clubmen and Valiente would alternate scoring on Penalty Shots, ending the Chukker with things knotted up at 2 Goals apiece.

SECOND CHUKKER – With the intensity doubling this time around the two teams matched each other blow for blow and knocking in Goal for Goal. The score now stood at 4-4.

THIRD CHUKKER – Orchard Hill’s offense exploded in this Chukker, putting no less than FIVE Goals between the Uprights. For their part the Valiants managed just 2 Goals in return. The Clubmen headed into Halftime holding a 9-6 lead. END_OF_DOCUMENT_TOKEN_TO_BE_REPLACED 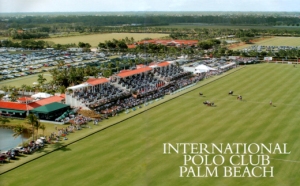 Polo’s U.S. Open was first played in 1904 and has become one of the most prestigious events on the Polo calendar. Moreover, it is the third of the Big Three Polo Matches held in the U.S. each year.

Valiente – Official Balladeer’s Blog Nickname: the Valiants – come into the U.S. Open having already won the first two titles in the American Triple Crown – the U.S. Polo Association Gold Cup and the C.V. Whitney Cup. If the Valiants can win the Open as well they will have taken that Triple Crown.

FIRST CHUKKER – Polito Pieres swatted in a Goal from the field to give Orchard Hill a 1-0 lead but the next Toss-In saw Valiente’s Adolfo Cambiaso tie things up at 1-1. Facundo Pieres scored a Goal on a Penalty Shot from 40 yards out to put the Clubmen back on top 2-1. His teammates Jota Chavanne and Polito Pieres each scored a Goal from the field but the Valiants’ Diego Cavanagh scored on two separate 40-yard Penalty Shots to make the score 4-3 in favor of Orchard Hill.

SECOND CHUKKER – Besides trailing on the scoreboard Valiente lost Matias Torres Zavaleta to an injury in the opening Chukker. Pablo Spinacci replaced him and accomplished the seemingly impossible task of shutting out Facundo Pieres of the Clubmen, whose only scores in the Match came from Penalty Shots. This Second Chukker was typical of that kind of stellar defense and ended with Orchard Hill on top by just 5-4.

THIRD CHUKKER – The Valiants thwacked in 2 Goals to the 1 scored by the Clubmen in Chukker number Three, leaving the count all tied up at 6-6 as the two teams headed into Halftime. END_OF_DOCUMENT_TOKEN_TO_BE_REPLACED

Balladeer’s Blog continues its coverage of the world’s OLDEST team sport – Polo. The 112th U.S. Open has wrapped up at the International Polo Club in Palm Beach.

CHAMPIONSHIP GAME – Orchard Hill – the Clubmen as they’re known to readers of Balladeer’s Blog – took on the Dubai Gushers for the 2016 title. In the First Chukker the Clubmen took a quick 1-0 lead off a Facundo Pieres goal just 30 seconds in. As is often the case the Polo Grounds were fecund with Facundos and soon the Gushers tied the score at 1-1 when Facundo Sola swatted in a goal from the field and later made a 40-yard penalty shot for a 2-1 Dubai lead. Adolfo Cambiaso made it 3-1 to end the opening Chukker.

Scoring in the Second Chukker got started with a 30-yard penalty shot from Pieres to make the score 3-2. Rashid Albwardy put the Gushers up 4-2 with a goal from the field but Pieres pulled Orchard Hill to within a goal with less than a minute left, ending the Chukker with a score of 4-3. 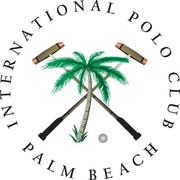 Julian de Lusarreta managed the first goal of the Third Chukker, tying things up at 4-4 and his teammate Juan Martin Nero went on to put the Clubmen on top 5 goals to 4 with a shot rocketed in from ONE HUNDRED YARDS OUT! Facundo Pieres notched a pair of penalty shots later in the Chukker for a 7-4 Orchard Hill advantage but Cambiaso scored the lone goal for Dubai in the Chukker, making the score 7-5 in favor of the Clubmen going into Halftime.     END_OF_DOCUMENT_TOKEN_TO_BE_REPLACED