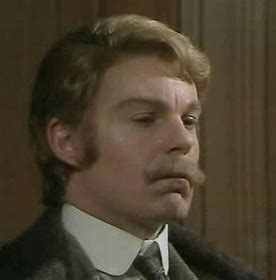 Episode: THE SECRET OF THE FOXHUNTER (February 3rd, 1973)

Detective: Duckworth Drew of the Foreign Office, created by William Le Queux. The first Duckworth Drew story was published in 1903. Apparently the creative team on the television show found “Duckworth” to be too silly sounding so they instead gave the character the first name of his creator, William.

Comment: In Drew’s adventures he wasn’t so much a rival of Sherlock Holmes as a detective, but more in terms of the handful of Holmes stories in which he served as a spy. Duckworth, or “Ducky” as he’s called by intimate friends, is the archetypal British spy whose diplomatic titles are just a cover for his espionage antics. Derek Jacobi shines as the intelligence operative.

Drew is often cited as one of the many, many supposed influences on Ian Fleming’s much later character James Bond. He does periodically use Q-style devices (Was Q a subtle nod to Le Queux?) like drugged cigars and drugged pins that can render people unconscious or paralyzed. 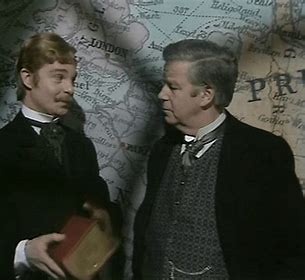 Something I found interesting about the Duckworth Drew spy stories was the way that, despite their national chauvinism in which it is just assumed that Great Britain is “the good guy,” the rival powers of Germany, Russia and France are not depicted as devils incarnate. Certainly they’re never presented in truly sympathetic ways but since these stories were written before the World Wars and the Cold War, they’re comparatively restrained in dealing with Drew’s opposition.

That restraint is typical of the relative maturity of the stories. England would often adjust its policies to court support from one or two of those powers against the others. Therefore, it wouldn’t do to hysterically demonize those other nations since HMG is sometimes in league with each of them in turn. And – another refreshing element – it is taken in stride by Drew and his superiors that Germany, Russia and France do the same thing. There’s almost an air of the Mario Puzo attitude “It’s not personal. It’s strictly business.” END_OF_DOCUMENT_TOKEN_TO_BE_REPLACED