IF HE WAS BRITISH, LEE HORSLEY WOULD HAVE MADE A PERFECT HARRY FLASHMAN.

NOTE: The title Flashman’s Guiana is a play on “Booker’s Guiana,” as the colony of British Guiana (19th century spelling) was often sardonically referred to in the 1800s. That reference came about from the way the Booker business empire virtually ran the colony. From a 21st Century standpoint we might look on it in a sinister Weyland-Yutani way.

… Strictly for storytelling purposes, of course, if you’re a lawyer representing the Booker Group. Honest. Really. (Although after this latest merger I don’t know if anybody would still care.) Anyway, as you readers have requested, this time I’ll establish the action then go back to detail the setup.

The Action: Sir Harry Flashman and his wife Elspeth visit British Guiana right after their American Tour ended in August, 1876. A combination of Her Majesty’s Government’s interests and Flashman’s own hunger for large amounts of filthy luchre to sustain his and Elspeth’s grand new lifestyle wind up launching the British blackguard into his latest adventure.

Sword and pistols in hand, Harry leaves Elspeth back in the capital city of Georgetown while he takes part in a covert search for gold in the jungle region disputed by Great Britain and Venezuela. 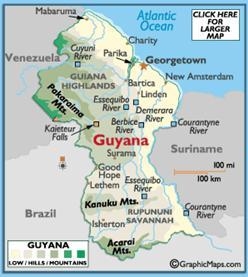 Ostensibly our antihero is touring assorted Booker sugar plantations to evaluate them and gauge the success of the policy regarding Indian (as in Asian) laborers coming to work on those plantations as indentured servants for the company.

Flashman’s ability to speak Spanish in addition to assorted languages from the Indian subcontinent lends a certain surface authenticity to this cover story. In reality our antihero would be on the trail of gold deposits. Thus far the deposits that had been found and mined elsewhere in British Guiana had not been large enough to even keep their mines above water financially.

However, as history tells us, there were some independent British wheelers and dealers like B. V. Abraham secretly mining from “unofficial” gold finds in the disputed Cuyuni and Essequibo Regions and making a fortune. With the potential to make a financial killing – above-board or otherwise – on the line, Harry gets drawn into multiple intrigues and double-crosses.

Gradually, frog and boiling water style, Flashman winds up in an all-out jungle safari adventure. With no war raging like in Harry’s jungle escapades during the Third Ashanti War, Flashman’s Guiana would be pure, 100%, Great White Hunter/ “boy’s own” tale filtered through the History Noir approach of The Flashman Papers.

Caimans, poisonous snakes and spiders, blood-sucking bats, jungle cats, hostile natives and even more hostile rival fortune-hunters would all menace our favorite British cad. While trying to a) save his own skin, as usual and b) emerge with an illicit fortune, ruthless and roguish Harry would – incidentally and quite unintentionally – wind up being the reason that war never broke out between Great Britain and Venezuela over the disputed territory.

In real life the affair went to international arbitration and, though seemingly settled for decades, much later claims of conspiracy among the arbitrators made the dispute “hot” again. This would fit in nicely with the way Flashman’s Nineteenth Century adventures inevitably retain a certain relevance to us in the present-day.

Needless to say some of the action would take place at and around spectacular Kaieteur Falls.

The Subtext: Among my favorite aspects of George MacDonald Fraser’s Flashman stories was always the way that both the political right AND the political left were outraged over certain aspects of the tales.

In the case of Flashman’s Guiana the right might be upset with the implied critique of colonialism, especially THIS adventure’s look at “corporate” colonialism in the form of the Booker company (or some fictionalized but similar entity if potential litigation required it).

The left would be upset that The Flashman Papers never go anywhere near as far as they would in condemning colonialism and would be outraged over the way Flashman’s stories often provide perspective on how things might possibly have been even worse in those regions if powers other than England held sway.

Addressing the plight of the often-abused indentured servants from India serving on the Booker sugar plantations and other ventures would be fine with the left.

Here in the 21st Century, greedy corporatists have learned to pretend they’re being “compassionate” by importing workers who will work for lower wages and under worse conditions than the native population.

Typically, Flashman’s Guiana would contain elements offensive to both sides of the political spectrum.

Trivia: When Flashman and the others first arrive in Georgetown among the sights they would take in would be the Parliament Building (now the National Assembly), in front of which sit two of the Sevastopol Cannon taken when Sevastopol fell in the Crimean War in 1855. The cannon arrived as gifts to Georgetown in 1859.

Harry would note the pair of eighteen pounders, each with a Systeme Venglove carriage. The sight would remind our antihero of his Crimean War escapades at Alma, Balaklava and elsewhere … even the proposed, probably apocryphal “other” Crimean War adventure for Flashman set in September 1855 to January 1856. The Siege of Sevastopol came to a close at the start of that period, when the Brit supposedly arrived after his four-month journey back from the East after Flashman at the Charge.

The Setup: After Sir Harry’s involvement in the 1876 Sioux Uprising out in the American West he and his wife Elspeth are reunited in Saint Louis in August. The couple spend a few days waiting for Flashman to finish recovering from the injuries he sustained in the finale of Flashman and the Redskins.

Harry and Elspeth soon set out from New Orleans on the next leg of their Grand Tour, stopping in at Havana, Cuba, where they socialize with assorted British diplomatic and business figures. Among those figures would be a member or two of the Bottomley family, as in Flashman and Bottomley, Ltd.

After Harry and Elspeth indulge in their favorite sport of cheating on each other – this time with some of the beautiful people of Havana – the Bottomleys try to talk Flashman into lending his internationally-known name to ANOTHER of their speculative endeavors. The prospect appeals to Harry as sort of a natural progression of his usual obsession with other games of chance, card-playing in particular.

In fact, given the rarefied social circles in which he and Elspeth have been traveling in recent years, one could easily picture it appealing to Flashman’s vanity. Drinking, smoking and playing at high-stakes investments would more properly befit a man of his new stature than drinking, smoking and backroom card games.

Sir Harry and the Bottomleys, probably including a female family member who has caught Flashy’s eye, would decide against ventures in Cuba, what with the uprising against Spain still raging in the western part of the country. And presumably our protagonist would be wary lest HMG conjure up a reason to get him mixed-up in that conflict somehow.

Flashman, Elspeth and the Bottomleys would set off via steamship to Georgetown, British Guiana, to feel out other business possibilities, setting up the tale’s action.