FIVE TRAINING CAMP BATTLES TO KEEP YOUR EYE ON 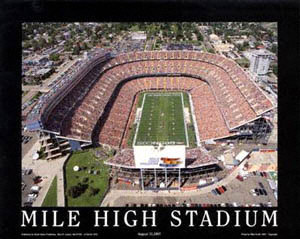 Home of the defending champions – The Denver Broncos

The NFL training camps are almost here. That means there are a lot of hot positional battles for fans to look forward to. The teams have a lot to evaluate, from depth charts to free agent additions. One thing is for sure, the NFL week 1 betting odds are going to change dramatically once the training camps begin, the hottest upcoming NFL training camp battles including the following:

The Browns probably intended Griffin to become the starting Quarterback when they took a flyer on him during free agency. Head Coach Hue Jackson has nothing but praises for Griffin whose inconsistent preseason practices might cause concern for some people.

The front-runner for the starting position, Griffin is coachable. He will slide and throw the ball away when asked to do so. McCown, on the other hand, has greater familiarity with this territory.

At 37-years old, he is also more prone to injury

While Gilliam is clearly the favorite to start as left tackle in the 2016 season, Bradley Sowell is expected to give him a serious run for his money during the training camp. Starting as left tackle 12 times during his four season-long stint with the Arizona Cardinals, Sowell is going to make things very challenging for Gilliam.

The fact that Gilliam is presently recovering from minor knee surgery doesn’t help his situation, though everyone expects him to heal in time for the training camp. A lot of people will have noticed Gilliam’s struggle to play right tackle in some games, with many doubting whether he can adequately protect Russell Wilson’s Blindside.

Not many people believe that Adams has earned his position since being selected in the second round of the draft in 2014. Adams could hardly perform in the absence of Jordy Nelson last year, and the 88 catches he has tallied to date are hardly impressive.

Adams will get a fair opportunity to keep a tight hold on his No. 3 Receiver position during the training camp. Ty and Janis won’t be too far behind, though, and they will capitalize on every mistake Adams makes to improve their fortunes.

Considering Adams’ lackluster performance, no one would be surprised if either Ty or Janis pushed ahead of him in the competition.

The Rams didn’t end 2015 in a particularly positive light, and whichever player comes out on top during the training camp could improve their chances of success. Keenum is the team’s preferred starter, though his track record could be better.

If Keenum comes out ahead but eventually struggles, the Rams hope that Goff will stand ready to take over if the need arises. The team’s 2016 schedule is undoubtedly tough and it will challenge either quarterback.

While Doctson sits behind Garcon in depth, he could just as easily oust the veteran receiver if he isn’t careful. Garcon was decent enough last year but Doctson has so much potential. It is difficult to determine which of the two will come out on top.