POLO: SECOND ROUND PLAY AT THE U.S. OPEN CONTINUES

The 111th U.S. Open continues at the International Polo Club in Palm Beach. 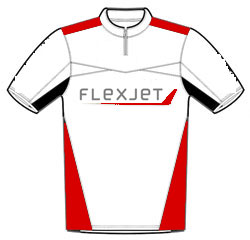 FLEXJET VS ALEGRIA – For the benefit of Balladeer’s Blog readers who have told me they prefer non-corporate names for the teams Flexjet is unofficially known here as the Aviators and Alegria – the defending U.S. Open champions – are known as the Cantinas.

In the 1st Chukker of the game Alegria got off to a quick start as Hilario Ulloa and Sterling Giannico slammed in goals from the field for a 2-0 advantage. Flexjet got on the board when Miguel Novillo Astrada scored on a 30 yard penalty shot but Julian Mannix of the Cantinas nailed a goal to give his team a 3-1 lead at the end of the 1st.

The 2nd Chukker was all Alegria as goals from Mariano Aguerre and Sterling Giannico made it a 6-1 game. The Cantinas’ 3rd goal of the Chukker came on a Penalty One (a foul so severe a goal is awarded without a penalty shot even being taken) as the Aviators were losing their cool.

Flexjet did respond in Chukker number 3, shutting out the Cantinas and notching a trio of goals of their own. Miguel Astrada scored 2 and Nic Roldan got his 1st of the game as the Aviators pulled to within 6-4 going into Halftime.

Astrada added 2 more goals for Flexjet in the 4th Chukker, tying the game up at 6-6. Julian Mannix put Alegria back on top 7-6 by the end of the Chukker with a goal of his own.

Defense was the name of the game in the 5th Chukker as the two teams exchanged just a few goals. Nic Roldan of the Aviators tied the score at 7-7 but eventually Julian Mannix again put the Cantinas out in front 8-7 with another goal. Magoo Laprida added his first goal of the game to knot things back up at 8-8. (“Oh, Magoo, you’ve done it AGAIN!” … had to be said.)

In the 6th Chukker, Astrada gave Flexjet its first lead of the day at 9-8 but Alegria’s Hilario Ulloa scored the next 2 goals, putting the Cantinas back in the lead by a score of 10-9. With just 3 seconds left in Regulation Miguel Astrada knocked in another goal for the Aviators, making it a 10-10 tie and forcing a Sudden Death Overtime Chukker.

In that 7th Chukker both teams excelled at defensive play and it wasn’t until 4 minutes in that Nic Roldan notched the Golden Goal for an 11-10 Flexjet victory.

AUDI VS LECHUZA CARACAS – For obvious reasons Audi’s Unoffical Nickname here at Balladeer’s Blog is the Bavarians. Lechuza literally refers to a type of white owl so they are simply “the White Owls.”

The 1st Chukker of this match was full of sound and fury signifying nothing as the two teams moved the ball around the grounds at a furious pace but only scored 1 goal apiece. Agustin Gross whacked in a score for Lechuza Caracas and Marc Ganzi replied for Audi making it a 1-1 game to end the opening sextant.

Chukker number 2 saw more seesawing. Gonzalito Pieres gave the Bavarians a 2-1 lead with a 30 yard penalty shot, then the White Owls’ Pieres – Nico – replied with a goal to make it a 2-2 game. Gonzalito Pieres countered that by giving Audi a 3-2 advantage but Garcia Grossi put the ball between the uprights for a 3-3 tie to end the 2nd.

Gonzalito Pieres and Rodrigo Andrade made it 4-3 and then 5-3 for the Bavarians in the 3rd Chukker, followed by Juan Martin Nero of the White Owls slamming in 2 goals in a row for a 5-5 tie. His teammate Nico Pieres followed that up by giving Lechuza Caracas a 6-5 lead going into Halftime.

In the 4th Chukker Rodrigo Andrade made it a 6-6 tie with a goal for Audi, then notched another one for a 7-6 Bavarian lead. For the White Owls Victor Vargas scored with just 45 seconds left in the Chukker knotting things up again at 7-7.

Chukker number 5 was all Audi. They shut out Lechuza Caracas while Gonzalito Pieres swatted in a 60 yard penalty shot (8-7) and then a coast-to- coast goal from the field for a 9-7 edge. Next Marc Ganzi scored his 2nd goal of the game for a 10-7 lead for the Bavarians.

The 6th Chukker was a clinic from the Bavarians in how to play aggressive defense and use blocked shots, backhanders and run-offs to work the clock. Neither team scored again in this last Chukker, so Audi won the game 10-7.

* BRING BACK POLO AS AN OLYMPIC EVENT! *

2 responses to “POLO: SECOND ROUND PLAY AT THE U.S. OPEN CONTINUES”