MORNING GAMES – The 7th seeded MOUNT MARTY COLLEGE LANCERS shocked the country yesterday with their SEVENTEEN to FIVE lambasting of the 2nd seeded NORTHWESTERN (IA) COLLEGE RED RAIDERS. The Lancers led 3-1 at the end of the 1st Inning and never looked back enroute to this colossal upset.   ###

And speaking of shockers the BRIAR CLIFF UNIVERSITY CHARGERS came in as the 8 seeds but toppled the TOP SEEDED DOANE COLLEGE TIGERS  3-1!  ###   The 5th seeded DAKOTA WESLEYAN UNIVERSITY TIGERS kept the upset mojo going by beating the 4th seeded MORNINGSIDE COLLEGE MUSTANGS in an 8-1 buttkicking.   ###   And the 3rd seeded MIDLAND UNIVERSITY WARRIORS were the only higher seed to win in the morning games. The Warriors eviscerated the 6th seeded HASTINGS COLLEGE BRONCOS to the tune of ELEVEN to ONE!

EVENING GAMES – The (2) NORTHWESTERN (IA) COLLEGE RED RAIDERS bounced back from their morning loss and won a 1-0 pitcher’s duel to eliminate the (6) HASTINGS COLLEGE BRONCOS. A 4th Inning run was the game’s only offensive production.   ###   Meanwhile the (4) MORNINGSIDE COLLEGE MUSTANGS sent the incredibly disappointing top seeds – the DOANE COLLEGE TIGERS – home with their 8-7 win in an Instant Classic.   ###   The (3) MIDLAND UNIVERSITY WARRIORS won a 7-4 thriller over the (7) MOUNT MARTY COLLEGE LANCERS.   ###   And the (5) DAKOTA WESLEYAN UNIVERSITY TIGERS also went 2-0 for the day with an 8-3 triumph over the (8) BRIAR CLIFF UNIVERSITY CHARGERS.

The 2nd seeded EVANGEL UNIVERSITY CRUSADERS played a true epic of the diamond against the 7 seeds – the MISSOURI VALLEY COLLEGE VIKINGS. 1 run each in the 2nd and 4th Innings told the tale for the Crusaders.   ###   The 3rd seeded PERU STATE BOBCATS trailed the 6th seeded CENTRAL METHODIST UNIVERSITY EAGLES 1-0 for most of the game before 4 runs in the 6th Inning gave them a 4-1 victory.   ###   After four scoreless Innings the 4th seeded CULVER- STOCKTON COLLEGE WILDCATS put up 6 runs over the next three Innings to defeat the 5th seeded BAKER (KS) WILDCATS  6-3.   ###  And the top seeded MIDAMERICA NAZARENE UNIVERSITY PIONEERS led the 8th seeded BENEDICTINE COLLEGE RAVENS 3-2 in the 7th Inning when their bats ignited for a 6-2 win when all was said and done.

On Day Two for this conference’s tournament the top seeded TABOR COLLEGE BLUE JAYS converted a 3-1 1st Inning lead into a 6-3 victory over the 4th seeded BETHANY COLLEGE SWEDES.   ###   Meanwhile the 3rd seeded FRIENDS UNIVERSITY FALCONS upset the 2 seeds – the STERLING COLLEGE WARRIORS – in an odd 2-0 game that saw both teams leave plenty of men stranded on base.   ###   And in the elimination game that followed the 5th seeded UNIVERSITY OF SAINT MARY SPIRES completed a lousy day for the Warriors by sending them home. The Spires led 4-3 in the bottom of the 6th Inning but added another run which led to their 5-3 win. 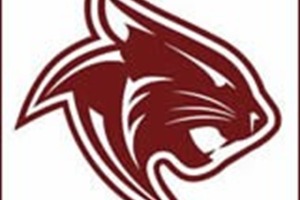 The 5th seeded COLLEGE OF THE OZARKS BOBCATS transformed a 5-1 2nd Inning deficit to the 4th seeded CENTRAL BAPTIST COLLEGE MUSTANGS into a 6-5 5th Inning lead. From there it was a battle royal but the Bobcats emerged with a 8-7 victory.   ###   The 3rd seeded YORK (NE) COLLEGE PANTHERS led the 2nd seeded BELLEVUE UNIVERSITY BRUINS 3-0 in the 2nd Inning and never trailed on their way to a 4-2 upset win.   ###   And the top seeded OKLAHOMA WESLEYAN UNIVERSITY EAGLES, always a threat on the diamond, outclassed  the (5) College of the Ozarks Bobcats (in their second game of the day) on both sides of the ball, pounding them  6-0.

The 5 seeds – the BELHAVEN COLLEGE BLAZERS  improved to 2-0 in tournament play with their victory over the 8th seeded AUBURN UNIVERSITY AT MONTGOMERY WARHAWKS (formerly the Senators). The Blazers got off to a 5-0 lead then had to hold on for a 5-4 win.   ###   The 3rd seeded SOUTHERN POLYTECHNIC RUNNING HORNETS likewise stayed perfect with a 10-6 win over the 2nd seeded BREWTON- PARKER COLLEGE BARONS. Five Baron runs came in the 9th Inning.   ###   The top seeded FAULKNER UNIVERSITY EAGLES stayed alive, eliminating the 5 seeds – the WILLIAM CAREY UNIVERSITY CRUSADERS  5-3.   ###   And in the 6 spot the MARTIN METHODIST UNIVERSITY REDHAWKS eliminated the 7th seeded UNIVERSITY OF MOBILE RAMS  5-2.

The 3rd seeded VANGUARD UNIVERSITY LIONS and the 2nd seeded MASTER’S COLLEGE MUSTANGS played an ELEVEN INNING pitcher’s duel yesterday. The Lions at last emerged with a 1-0 triumph.   ###   Next the top seeded SAN DIEGO CHRISTIAN COLLEGE HAWKS led the 4th seeded WESTMONT COLLEGE WARRIORS by a score of 3-2 in the 7th Inning before their bats exploded for a 6-2 victory.   ###   And the (4) Westmont Warriors themselves then went on to eliminate the (2) Master’s College Mustangs in the followup game. The Mustangs led 2-0 after the 1st Inning and 3-2 after the 5th but the Warriors came back to win the clash by a score of 6-3.

2 responses to “COLLEGE BASEBALL CONFERENCE TOURNAMENT RESULTS FROM MAY 1st”