CALIFORNIA PACIFIC CONFERENCE – The top seeded CAL MARITIME ACADEMY KEELHAULERS delivered a vicious smackdown to the conference’s 4 seeds, the MENLO COLLEGE OAKS, in a 90-69 rout.   ###   And the 3rd seeded SIMPSON UNIVERSITY RED HAWKS took the 2nd seeded WILLIAM JESSUP UNIVERSITY WARRIORS into Overtime before emerging with an 81-80 upset win that aged all the spectators by about five years.

NORTH STAR ATHLETIC ASSOCIATION – The JAMESTOWN COLLEGE JIMMIES, the 1 seeds in the NSAA Tournament, sent the PRESENTATION COLLEGE SAINTS home for the year by defeating them 83-72.   ###   And the 2nd seeded DAKOTA STATE TROJANS kept this league’s tournament all chalk like it has been since Round One on Wednesday by beating the 3rd seeded VALLEY CITY STATE VIKINGS by a score of 74-56. It will be one versus two in the championship game on Monday the 3rd. 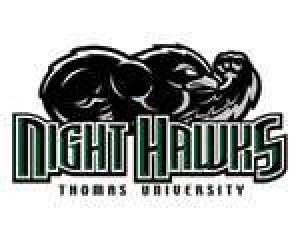 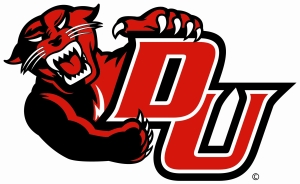 WOLVERINE- HOOSIER ATHLETIC CONFERENCE – The 2nd seeded DAVENPORT UNIVERSITY PANTHERS moved on to the title game with their 73-64 victory over the 3 seeds, the UNIVERSITY OF NORTHWESTERN OHIO RACERS   ###   And in the other WHAC semifinal the CORNERSTONE UNIVERSITY GOLDEN EAGLES lived up to their number 1 seeding by putting away the 4th seeded MADONNA UNIVERSITY CRUSADERS 90-76. 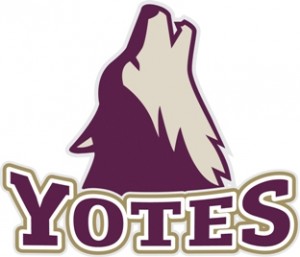 CASCADE COLLEGIATE CONFERENCE – In the semifinals for this league the top seeded COLLEGE OF IDAHO COYOTES dispatched the 7th seeded OREGON TECH HUSTLIN’ OWLS by a score of 77-57   ###   And in the other semifinal from the CCC the 6 seeds, the NORTHWEST CHRISTIAN COLLEGE BEACONS, kept their upset mojo going by sneaking past the 5th seeded NORTHWEST UNIVERSITY EAGLES in a 71-67 Instant Classic. 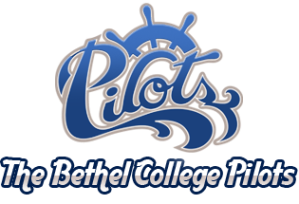 CROSSROADS LEAGUE – The 4th seeded BETHEL COLLEGE (IN) PILOTS (as in riverboat pilots) dragged the top seeded INDIANA WESLEYAN UNIVERSITY WILDCATS into Overtime before sealing their upset with a 102-95 final score   ###   And the 6th seeded GRACE COLLEGE LANCERS engaged in a battle royal with the 7th seeded SPRING ARBOR UNIVERSITY COUGARS and moved on to the league’s title clash in a 68-67 game for the ages.

GREAT PLAINS ATHLETIC CONFERENCE – The 2nd seeded MORNINGSIDE COLLEGE MUSTANGS and the 6 seeds, the DAKOTA WESLEYAN UNIVERSITY TIGERS, went into Overtime before the Mustangs emerged with a 108-106 victory   ###   While in the other GPAC semifinal the top seeded DORDT COLLEGE DEFENDERS advanced with an 83-67 win over the 4th seeded HASTINGS COLLEGE BRONCOS. 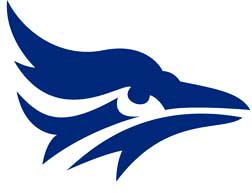 KANSAS COLLEGIATE ATHLETIC CONFERENCE – The upset victories just keep coming for the 5th seeded TABOR COLLEGE BLUE JAYS as they toppled the KCAC’s top-seeded FRIENDS COLLEGE FALCONS in a memorable 90-81 brouhaha   ###   And the 2nd seeded STERLING COLLEGE WARRIORS did battle with the 3rd seeded BETHANY COLLEGE SWEDES and sent them home by a score of 89-76. It will be the Blue Jays versus the Warriors for the GPAC crown on Monday, March 3rd. 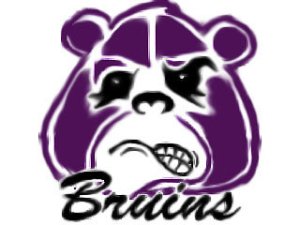 APPALACHIAN ATHLETIC CONFERENCE – The top seeded UNION (KY) BULLDOGS ended the Cinderella run of the 6th seeded VIRGINIA INTERMONT COLLEGE COBRAS by defeating them 74-63. * Because the Bulldogs won both the AAC’s regular season title AND the tournament the AAC’s 2nd bid to the NAIA College Basketball National Tournament will go to the Cobras as the conference tournament’s runners-up.

CHICAGOLAND COLLEGIATE ATHLETIC CONFERENCE – In the 2 spot the SAINT XAVIER UNIVERSITY COUGARS upset the 1 seeds, the CARDINAL STRITCH UNIVERSITY WOLVES, who are also the defending National Champions of NAIA2 basketball. * The Cougars advance to the NAIA College Basketball National Tournament as the conference tournament champs. The Wolves, as both the regular season conference champs AND the tournament runners-up, also advance to the National Tournament.

CENTRAL REGION – For this region of the National Christian College Athletic Association the 2nd seeded GRACE UNIVERSITY ROYALS totaled the 4th seeded CENTRAL CHRISTIAN COLLEGE OF THE BIBLE SAINTS (formerly the Heralds). * The Royals advance to the NCCAA2 National Tournament.

MID-WEST REGION – The 3 seeds, the GRACE BIBLE COLLEGE TIGERS, took on the top seeded KUYPER COLLEGE COUGARS for this region’s crown. The Tigers notched an authoritative 85-68 upset victory. * The Tigers advance to the NCCAA2 National Tournament.

NORTH CENTRAL REGION – In a tight one seed over two seed outcome the NORTH CENTRAL UNIVERSITY RAMS won an edge-of-your- seat roundball epic against the TRINITY BIBLE COLLEGE LIONS by a score of 90-86. * The Rams move on to the NCCAA2 National Tournament. 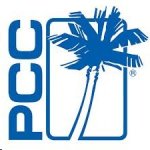 SOUTH REGION – Eagle on Eagle violence was the order of the day in the South Region Championship Game yesterday. The 2nd seeded PENSACOLA CHRISTIAN COLLEGE EAGLES rose up and brought down the top seeds, the TRINITY BIBLE COLLEGE EAGLES, in an 86-80 Instant Classic. * The PCC Eagles advance to the NCCAA2 National Tournament.

SOUTHWEST REGION – In this region the title tilt was played between the top seeded ARLINGTON BAPTIST COLLEGE PATRIOTS and the 2nd seeded HILLSDALE FREE WILL BAPTIST COLLEGE SAINTS. When the dust settled the Patriots wound up winning the regional crown by a final score of 73 to 64. * The Patriots move on to the NCCAA2 National Tournament.

WEST REGION – The winners of this region came from WAY out west. The top seeded WEST COAST BAPTIST COLLEGE EAGLES walked away with the title after defeating the 2nd seeds, the MULTNOMAH UNIVERSITY LIONS in a very entertaining 82-75 outcome. * The Eagles advance to the NCCAA2 National Tournament.

DISTRICT 302 – CHAMPIONSHIP GAME – The ROCK VALLEY COLLEGE GOLDEN EAGLES and the JOLIET COLLEGE WOLVES played for a ticket to the NJCAA’s Big Dance. In the end the Golden Eagles won in a 71-70 game for the ages. * The Golden Eagles advance to the NJCAA Basketball National Tournament.

DISTRICT 307 – CHAMPIONSHIP  GAME – The CALDWELL TECH COBRAS and the WEST GEORGIA TECH GOLDEN KNIGHTS squared off against each other for the title in this district. When all the dust had settled the Golden Knights found themselves snake-bitten as the Cobras defeated them by a final score of 69-55. * The Cobras advance to the NJCAA Basketball National Tournament.

REGION 303 – SEMIFINALS – Both games were Instant Classics. The HERKIMER COLLEGE GENERALS and the MOHAWK VALLEY COLLEGE HAWKS went into Overtime before the Generals emerged with a 66-65 win.   ###   And the CLINTON (NY) COLLEGE COUGARS likewise found themselves in Overtime against the SUNY-DELHI BRONCOS. The Cougars ultimately won 67-65.

REGION 313 – The VERMILION COLLEGE IRONMEN were in fine form as they handed a 90-82 loss to the ST CLOUD TECH CYCLONES   ###   The ROCHESTER TECH YELLOW JACKETS meanwhile scored a Century Club- level 104 points to the 92 registered by the CLC- BRAINERD RAIDERS   ###   The MINNESOTA WEST BLUE JAYS roughly handled the NORTHLAND TECH PIONEERS 89-68   ###   And the ANOKA RAMSEY COLLEGE GOLDEN RAMS eked out a 73-70 win over the MESABI RANGE COLLEGE NORSE.

REGION 315 – SEMIFINALS – In the first semifinal the SULLIVAN COLLEGE GENERALS had their hands full with the ever-dangerous HOSTOS COLLEGE CAIMANS before pulling away for a 73-66 triumph.   ###   And the NASSAU COLLEGE LIONS were locked in a defensive Armageddon with the SUFFOLK COLLEGE SHARKS. The Lions snuck by with a 55-54 win.

REGION 319 – CHAMPIONSHIP GAME – The only two teams left standing in this region were the BROOKDALE COLLEGE JERSEY BLUES and the DELAWARE COUNTY COLLEGE PHANTOMS. It’s a shame either team has to lose in a battle between two such cool-named programs but what can you do? The Jersey Blues, the defending National Champions of NJCAA3 basketball, took the crown with an 85-81 victory in one of the best games of the day. 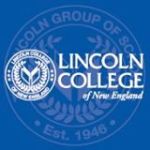 REGION 321- SEMIFINALS – The LINCOLN COLLEGE OF NEW ENGLAND WILDCATS managed an impressive win over the ROXBURY COLLEGE TIGERS in an 84-69 catfight (Tigers vs Wildcats … see what I did there)   ###   And the BRISTOL COLLEGE BEES fell to the SPRINGFIELD TECH RAMS by a tight final score of 77-72.

REGION 202 – CHAMPIONSHIP GAME – The title clash for this region came down to the MID-SOUTH COLLEGE GREYHOUNDS and the NORTH ARKANSAS COLLEGE PIONEERS. The Greyhounds proved they had it all over the Pioneers and left them in their dust by way of a 94-73 triumph.

REGION 203 – SEMIFINALS – The MONROE (Rochester) COLLEGE TRIBUNES got almost more than they could handle from the MERCYHURST- NORTH EAST SAINTS but survived for a 77-75 win   ###   And the ferocious GENESEE COLLEGE COUGARS upset the ERIE COLLEGE KATS in an equally tight 87-85 hardcourt fray.

REGION 206 – OPENING ROUND – The HIGHLAND COLLEGE SCOTTIES converted a 34-28 Halftime lead over the HESSTON COLLEGE LARKS into a 78-54 blowout victory.   ###   And the KANSAS CITY (KS) COLLEGE BLUE DEVILS toppled the JOHNSON COUNTY COLLEGE CAVALIERS by a final count of 69-57.

REGION 219 – CHAMPIONSHIP GAME – A hardcourt battle royal was on the schedule yesterday for the ESSEX (NJ) COLLEGE WOLVERINES and the RARITAN VALLEY COLLEGE GOLDEN LIONS. The Wolverines comfortably won a 99-74 game that sent the Golden Lions home for the year.

REGION 221 – CHAMPIONSHIP GAME – The DEAN COLLEGE BULLDOGS and the COLLEGE OF RHODE ISLAND KNIGHTS found themselves fighting it out for the Region 221 Championship. When all was said and done the Bulldogs came away with the goods, having defeated the Knights by final score of 82-67.

REGION 101 – CHAMPIONSHIP GAME – In this title clash set out in the wild west the MESA COLLEGE THUNDERBIRDS had no problem whatsoever handling their opponents, the ARIZONA WESTERN COLLEGE MATADORS. When the dust had finally settled from this massive drubbing the Thunderbirds had won by a tally of ONE HUNDRED EIGHT to SIXTY-THREE!

REGION 106 – PART ONE – There were 8 games in this region’s opening round: The HUTCHINSON COLLEGE BLUE DRAGONS won a 93-83 game with the ALLEN COLLEGE RED DEVILS   ###   The NEOSHO PANTHERS bounced the GARDEN CITY BRONCBUSTERS  74-59   ###   The PRATT BEAVERS downed the LABETTE CARDINALS by a score of 93-71   ###   And the SEWARD SAINTS eviscerated the COWLEY TIGERS in an 82-39 laugher. 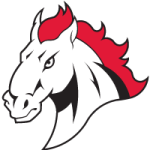 REGION 106 – PART TWO *** – The NORTHWEST KANSAS TECH MAVERICKS and the CLOUD COLLEGE THUNDERBIRDS went into Overtime before the Mavericks at last emerged with an 82-73 victory   ###   Meanwhile the BUTLER (KS) GRIZZLIES beat the BARTON COUGARS  63-59   ###   The COFFEYVILLE COLLEGE RED RAVENS edged the DODGE CITY COLLEGE CONQUISTADORS  by a count of 67-64   ###   And the INDEPENDENCE PIRATES plundered the COLBY TROJANS to the tune of 80-63.

REGION 111 – CHAMPIONSHIP GAME – The INDIAN HILLS COLLEGE WARRIORS and the SOUTHEASTERN (IA) COLLEGE BLACKHAWKS were the last two teams left standing in this particular region. When everything was said and done in this title tilt the Warriors were the 2014 champions from Region 111 by a final score of 93-89.

REGION 115 – SEMIFINALS – The opening semifinal matchup in this region pitted the HARCUM COLLEGE BEARS against the ASA COLLEGE AVENGERS. The Bears sent the Avengers home for the year following a 90-79 loss.   ###   And in the other semifinal the WESTCHESTER COLLEGE VIKINGS won out against the MONROE COLLEGE MUSTANGS by a score of 69-62.

REGION 116 – CHAMPIONSHIP GAME – A little bit of bird on bird violence was the order of the day in this region’s title game. The STATE FAIR COLLEGE ROADRUNNERS did battle with the MOBERLY AREA COLLEGE CARDINALS and in the end the Roadrunners beep-beeped their way past the Cardinals for an authoritative 84-70 win.

REGION 118 – CHAMPIONSHIP GAME – The 2 seeds, the SALT LAKE CITY COLLEGE BRUINS, took on the top seeded COLLEGE OF SOUTHERN IDAHO GOLDEN EAGLES for all the marbles in this region. The Bruins pulled off the upset, toppling the vaunted Golden Eagles with a massive defensive effort, 62-49. 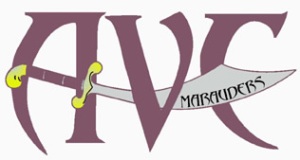 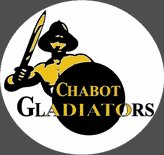 NOR-CAL REGION – In the concluding day of the Second Round games for the Northern California Region the 4th seeded CHABOT COLLEGE GLADIATORS needed Overtime to do it but advanced after taking out the 13th seeded COLLEGE OF THE SISKIYOUS EAGLES 96-88   ###   The top seeded CITY COLLEGE OF SAN FRANCISCO RAMS embarrassed the 16th seeded SAN JOAQUIN DELTA MUSTANGS  to the tune of 74-46   ###   In the meantime the 3rd seeded SANTA ROSA BEAR CUBS won an 86-76 Overtime clash with the MERRITT COLLEGE THUNDERBIRDS   ###   And the 2nd seeded FRESNO CITY COLLEGE RAMS bounced the 15th seeded FOOTHILL COLLEGE OWLS  73-61.