KENTUCKY INTERCOLLEGIATE ATHLETIC CONFERENCE – In quarterfinal action the top-seeded INDIANA UNIVERSITY SOUTHEAST GRENADIERS got more of a fight than they anticipated from the 8 seeds, the ALICE LLOYD EAGLES, but still emerged with a 77-68 victory.   ###   In the 2 spot the INDIANA EAST RED WOLVES eked out a 69-68 win over the (7) BRESCIA BEARCATS.   ###   The 4 seeds, the CINCINNATI CHRISTIAN UNIVERSITY EAGLES, bounced the 5th seeded POINT PARK PIONEERS, by a score of 87-70.   ###   … And the (3) ASBURY EAGLES put up a Century Club- worthy 102 points to the 73 scored by the (6) BEREA MOUNTAINEERS.

KANSAS COLLEGIATE ATHLETIC CONFERENCE – The 8th seeded MCPHERSON BULLDOGS continue to be THE story of the KCAC tournament. In the quarterfinals they stunned the top seeded UNIVERSITY OF ST MARY SPIRES with a 91-82 upset in Overtime. Yesterday McPherson edged the 4 seeds, the FRIENDS FALCONS, in an 81-80 nailbiter.   ###   The 3rd seeded STERLING WARRIORS, meanwhile, dispatched the 7th seeded OTTAWA (KS) BRAVES, 87-71, after the Braves’ quarterfinal upset of the (2) TABOR COLLEGE BLUE JAYS.

ASSOCIATION OF INDEPENDENT INSTITUTIONS – The JAMESTOWN COLLEGE JIMMIES came in as the 5 seed, but followed up their quarterfinal upset of (4) Ashford with a COLOSSAL upset of the top seeded ROCHESTER COLLEGE WARRIORS. The Jimmies didn’t win with a flukish last- minute 3 or such, they won convincingly by a final score of 78-62.   ###   At 3 the DAKOTA STATE TROJANS eliminated the 2 seeds, the VALLEY CITY STATE VIKINGS, in a 58-53 defensive struggle. The Trojans face the Jimmies for the title later today.

CHICAGOLAND COLLEGIATE ATHLETIC CONFERENCE – And we have our first tournament champions for this 2012-2013 tournament season. The CARDINAL STRITCH UNIVERSITY WOLVES lived up to their number 1 seeding, defeating the 2nd seeded ST XAVIER UNIVERSITY COUGARS  84-75 to take the CCAC title.

APPALACHIAN ATHLETIC CONFERENCE – And joining the Wolves in the NAIA’s Big Dance will be the (1) TENNESSEE WESLEYAN COLLEGE BULLDOGS, who took the AAC crown yesterday with their 75-68 victory over the 3rd seeded BRYAN LIONS.

CALIFORNIA PACIFIC CONFERENCE – The 2nd seeded CAL MARITIME KEELHAULERS moved on to Monday’s conference championship game with their 95-81 victory over the 3 seeds, the UC- MERCED GOLDEN BOBCATS.   ###   The 4th seeded MENLO COLLEGE OAKS needed Overtime again, but notched yet another upset by bringing down the top seeded WILLIAM JESSUP WARRIORS  75-72.

CROSSROADS LEAGUE – In the 3 spot the BETHEL (IN) PILOTS (riverboat pilots) easily dismissed the (7) MARIAN KNIGHTS by a score of 72-53.   ###   … And the (5) TAYLOR TROJANS won an 81-75 game for the ages against the 8th seeded HUNTINGTON FORESTERS, bringing their Cinderella story to an end.

MIDLANDS COLLEGIATE ATHLETIC CONFERENCE – The MCAC is divided into two divisions whose individual tournament victors face each other for the title. In the South Division the (3) COLLEGE OF THE OZARKS BOBCATS upset the (1) OKLAHOMA WESLEYAN EAGLES  78-74.   ###   In the North Division the 1 seed also fell, as the (2) BELLEVUE BRUINS took down  the (1) YORK PANTHERS in a 58-55 battle of stellar defenses.

GREAT PLAINS ATHLETIC CONFERENCE – The 2nd seeded DORDT COLLEGE DEFENDERS advanced to Tuesday’s conference title game by winning a 69-68 Instant Classic against the 3 seeds, the MIDLAND WARRIORS.   ###   Meanwhile the (5) MORNINGSIDE MUSTANGS managed the upset of the GPAC tournament by ousting the top seeded NORTHWESTERN (IA) RED RAIDERS by a tight score of 73-72. 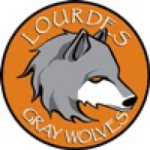 WOLVERINE- HOOSIER ATHLETIC CONFERENCE – The (3) LOURDES UNIVERSITY GRAY WOLVES fell to the 2nd seeded MADONNA CRUSADERS in a 56-50 defensive epic.   ###   … And in a Double Overtime classic the (1) DAVENPORT PANTHERS prevailed over the (4) CORNERSTONE GOLDEN EAGLES  93-91.

NJCAA HOCKEY SEMIFINALS – The 2nd seeded WILLISTON STATE TETONS advanced to this afternoon’s championship game with yesterday’s 6-1 hammering of the 3 seeds, the HUDSON VALLEY VIKINGS.   ###   Not to be outdone the reigning champions and top-seeded MONROE TRIBUNES made the ERIE COLLEGE KATS their prison brides in an 8-1 laugher. This sets up a rematch of last year’s title match between the Tribunes and the Tetons. Watch it today at 2pm ET on NJCAA TV.