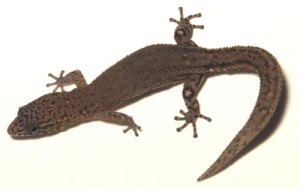 I normally don’t post two movie reviews this close to each other, but I got to thinking today about how it’s been awhile since I got any threatening emails. Since getting semi-literate missives from outraged people is half the fun of writing this blog I decided to finish working on my rough draft of this review and post it today.

LEWD LIZARD (1985) – Category: A neglected bad movie classic but its thoroughly outrageous premise will prevent it from ever garnering a Plan 9– sized cult following

This film comes to us from Hong Kong, the home of killer fetus movies and similar treats, so those with weak stomachs are forewarned. My addiction to truly awful Mad Scientist movies is well known and Lewd Lizard’s lead character is the maddest of them all but also the least scientific, adding immeasurably to the laughs.

There’s no gentle way of explaining this movie, so to prepare you for what is to come let me  remind everyone of the fringe, kinky sex-kick that some people practice involving letting small mice, shrews or gerbils run around inside their rectums. After the animals’ squirming induces the desired results the little rascals are let out, alive and ready for next time.

This fad was especially popular with gay males in the 1980’s, prompting the old joke that goes: Q: What did the brown mouse say to the white mouse in San Francisco?  A: You must be new in town.

Variations of this practice evolved, of course, and in the best “sisters are doing it for themselves” spirit women took to letting the small creatures run around inside their vaginas, with supposedly more and greater results than the earlier procedure induced. Makes ben-wa balls look pretty wimpy, doesn’t it?

My oft-repeated comment that Category 3 movies from Hong Kong can’t even be shown on pay cable here in the U.S. may make sense now to those unfamiliar with their cinema. Our Mad Scientist was dumped by a woman, so he took to this bizarre form of revenge on all women.

He first trains the lewd lizards with odorous panties stolen from public rest rooms and brothels. Next he injects them (the lizards, not the panties) with his specially concocted “aggression compound”, preparing them to wreak the kind of physical havoc  that not even the Cenobites had the balls to inflict.

Toward the end of the movie the Mad Scientist meets a woman he actually falls in love with, and this portion of the flick comes complete with the stereotypical romantic montage. The montage might have been meant as a very dark joke. It’s hard to tell with Hong Kong films.

Anyway, just when it looks like our madman has found true love and will abandon his horrific vendetta against women, tragedy strikes. The young lady who has stolen  the lunatic’s heart is into the practice of letting lizards roam around  inside where normally only the deer and the antelope play (I have no idea what that means) and, when she comes across one of the jars of lewd lizards the Mad Scientist keeps around, she promptly slips one  down the front of her bikini bottom.

In an ending ( I resisted the urge to say “climax”) fraught with tragic irony or … something … the madman must watch the slow orgasmic death-throes of the woman he loves just as he gleefully and ghoulishly watched the suffering of all the female victims he hated. Makes you think, doesn’t it?

Oh, and unfortunately, unlike Ben from Willard, our title creatures don’t get a theme song by Michael Jackson.

IF YOU’D LIKE TO READ A PREVIOUS REVIEW OF A HONG KONG MOVIE, ONE I DID GET THREATS OVER, CLICK HERE: https://glitternight.com/2011/10/13/passions-fine-but-i-expect-clean-language/