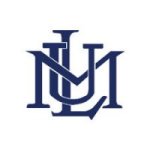 Augusta State is the top seed and will host the regional. They will face eighth-seed UNC-Pembroke in a re-match of today’s Peach Belt Conference Tournament Championship, which ASU won.

LMU earned the South Atlantic Conference’s automatic bid with the 68-58 win over Wingate earlier today. It will be the Railsplitters’ first-ever trip to the NCAA Tournament. Anderson is one of only two teams to defeat the Railsplitters this season.

The third seed was Georgia Southwestern, who will face sixth-seeded Montevallo. Queens University of Charlotte (4th seed) and Limestone (5th) round out the regional field.